Data from industry body UKHospitality and research firm CGA showed that sales on Christmas Day fell by 60% compared with levels from 2019.

Data from industry body UKHospitality and research firm CGA showed that sales on Christmas Day fell by 60% compared with levels from 2019, while revenues dropped by 31% on Boxing Day and 27% on New Year’s Eve.

Figures also showed that sales across December were 40% lower than during the same month before the pandemic.

Venues in Scotland and Wales were hit worse in the week leading up to New Year, where more stringent restrictions were in place, UK Hospitality said.

Kate Nicholls, chief executive officer of the trade group, described it as a “lost Christmas” for operators and said it showed a “crippling” fall in business.

“December is a vital period for hospitality businesses, equal to three months’ worth of trading for many,” she said.

“These new figures are crippling for an industry already struggling but also spell disaster for the wider UK economic recovery, as ONS figures showed that overall growth in the third quarter of 2021 was driven by hospitality.

“These sales drops versus 2019, and also against our members’ projections before the onset of the new Omicron variant, will have taken most businesses from healthy trading for the month to painful losses, delaying the sector’s recovery and extending hospitality’s long Covid.

“Cash reserves are severely depleted, and some businesses will struggle to survive the first quarter of 2022.”

The poor performance also comes as hospitality firms are braced for cost inflation to soar further, with VAT on food and soft drinks to be hiked back to 20% in April.

Ms Nicholls also intensified industry calls for a permanent reduction of VAT rates to remain at its current level of 12.5%.

Separately, the Office for National Statistics revealed that around 3% of the entire UK workforce was off sick or in self-isolation in late December due to catching Covid-19.

The hardest-hit sectors were in services including hairdressing and other beauty treatments, with absence levels of 7%, the ONS said.

The absence rate for the period between December 29 and January 9 was the highest figure recorded since data has been collected in June 2020 in the Business Insights and Conditions Survey.

It also found more than one in five businesses saw an increase in cancellations from customers in the last month, with 64% in the beauty and hairdressing sector. Around 44% of businesses in hotels and restaurants said they saw an increase.

In an attempt to reassure customers, more than half of businesses said they have increased spending on new safety measures impacting their costs, with 8% saying these costs had increased substantially.

Businesses within the accommodation and food service sectors also revealed they were running out of cash, with 54% saying they had reserves for less than three months trading. In early December the figure was 44% reporting the same.

The data also found that 79% of companies who import products from overseas found trading challenging due to global supply chain issues, while for exporters the figure was 66%. 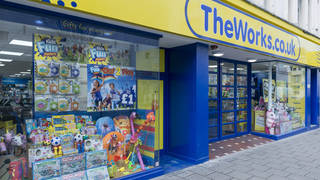 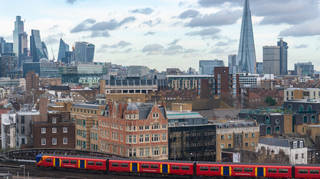