The powerful Liaison Committee of MPs has been urged to investigate by shadow minister Rachel Reeves.

Labour has demanded that the powerful Liaison Committee of MPs holds an urgent investigation into Boris Johnson’s conduct after the latest revelation in a row over cronyism.

The call came on Wednesday after it emerged that the Prime Minister exchanged text messages with billionaire Sir James Dyson over the tax status of his employees.

Mr Johnson promised the entrepreneur he would “fix” the issue after personal lobbying from Sir James as he sought to build ventilators early in the coronavirus crisis.

In a further development, the Times reported that Mr Johnson rejected his Cabinet Secretary’s advice to change his phone number because of concerns over the ease with which lobbyists and others from the business world were able to contact him.

Downing Street did not deny that Simon Case, the top civil servant, made the recommendation.

Labour’s Rachel Reeves issued the call for Sir Bernard Jenkin, the chairman of the Commons Liaison Committee comprised of select committee chairs, to launch an investigation.

The shadow chancellor of the Duchy of Lancaster said the Prime Minister must give evidence before the cross-party group of MPs “about the ongoing cronyism row”.

She called for all correspondence from Mr Johnson’s phone about Government business to be released and for No 10 to release details of communications between ministers, officials and lobbyists.

In a statement, Ms Reeves added: “Revelations today seem to confirm a growing feeling that if one has access to a telephone number of someone like the Prime Minister or the Chancellor of the Exchequer, then they are able to gain special treatment, potentially even significant financial ones.

“We need the Prime Minister to appear before the Liaison Committee immediately and for a thorough investigation into his conduct on this matter.”

Sir Bernard said the committee will consider the request at its meeting on Thursday and will “respond in due course”.

But he added: “The Prime Minster is due to appear before the committee before the summer recess, and at that meeting committee members may question the Prime Minister on any matter.”

The BBC reported a series of text messages between Mr Johnson and Sir James exchanged in March last year after the businessman was unable to get the assurances he was seeking from the Treasury.

Sir James, who this month changed his main address in business filings to the UK from Singapore, wrote to the Treasury requesting that his staff would not have to pay additional tax if they came to the UK to work on the ventilator project.

But when he failed to receive a reply, Sir James reportedly took up the matter directly with the Prime Minister.

He said in a text that the firm was ready but that “sadly” it seemed no-one wanted them to proceed.

Mr Johnson replied: “I will fix it tomo! We need you. It looks fantastic.”

The Prime Minister then texted him again saying: “(Chancellor) Rishi (Sunak) says it is fixed!! We need you here.”

Two weeks later, Mr Sunak told the Commons Treasury Committee that the tax status of people who came to the UK to provide specific help during the pandemic would not be affected.

Labour leader Sir Keir Starmer suggested it was “one rule for those that have got the Prime Minister’s phone number, another for everybody else”.

But Mr Johnson told the Commons during Prime Minister’s Questions that he was “happy to share all the details” of the exchanges as there is “nothing to conceal”.

“I make absolutely no apology at all for shifting heaven and earth and doing everything I possibly could, as I think any prime minister would in those circumstances, to secure ventilators for the people of this country,” he added.

The Dyson messages emerged as the Government faces sustained allegations of “cronyism” after a series of reports of former prime minister David Cameron lobbying for his employer, Greensill Capital.

Labour MP Dame Margaret Hodge, a former chairwoman of the Commons Public Accounts Committee, told BBC Newsnight: “What we’re getting to is an era where now it seems if you have the phone number of Rishi Sunak or (Health Secretary) Matt Hancock or indeed Boris Johnson you can do business by text message.

“And what you do is jump the queue, you rig the system and you grab the cash. And that just isn’t on.”

In a statement, Sir James said: “When the Prime Minister rang me to ask Dyson to urgently build ventilators, of course I said yes.

“We were in the midst of a national emergency and I am hugely proud of Dyson’s response – I would do the same again if asked.

“Neither Weybourne nor Dyson received any benefit from the project, indeed commercial projects were delayed, and Dyson voluntarily covered the £20 million of development costs. Not one penny was claimed from any Government, in any jurisdiction, in relation to Covid-19.” 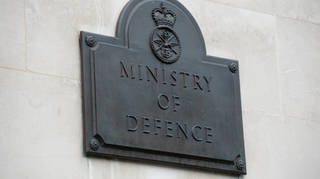 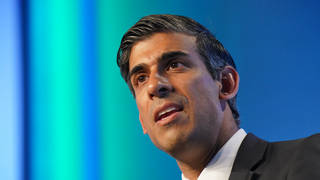 Anger at finding of ‘unacceptable’ treatment of security and cleaning staff

FTSE back in the green as SSE shines

JD Sports boss Cowgill steps down after 18 years in charge

No threat to bottled beer supply because of glass shortage, says industry chief

Demand for pets ‘nearly half that of pandemic peak’