The showdown meeting in Brussels will be their first in-person conversation since January.

The Prime Minister is set for face-to-face talks with his European counterpart in a bid to salvage a post-Brexit trade deal after further negotiations failed to break the deadlock.

Boris Johnson and European Commission president Ursula von der Leyen have agreed to meet in Brussels after a lengthy telephone call on Monday – their second in 48 hours – to take stock of the faltering negotiations.

When they meet in the Belgian capital – with Wednesday and Thursday thought to be the most likely days this week – it will be the first time they have convened in-person since January, in a sign that talks are being stepped up.

The move comes after the pair acknowledged significant differences remained with time running out before current trading arrangements expire at the end of the month.

A UK Government source said “no tangible progress” had been made during the negotiations, which they described as “looking very tricky”, and said “this must now continue politically”.

The source warned there was a possibility that the talks could still collapse.

In a joint statement published after their telephone exchange, Mr Johnson and Ms von der Leyen said: “As agreed on Saturday, we took stock today of the ongoing negotiations.

“We agreed that the conditions for finalising an agreement are not there, due to the remaining significant differences on three critical issues: level playing field, governance and fisheries.

“We asked our chief negotiators and their teams to prepare an overview of the remaining differences to be discussed in a physical meeting in Brussels in the coming days.”

The negotiators spent the last week meeting in London, but the stalemate continues with major differences on the three issues which have blocked progress for months.

The Times reported that fisheries negotiations have continued to stall over how long any transition period would be for European trawlermen to adjust to agreed changes to fishing rights.

The newspaper stated that the EU wants a 10-year grace period, while the UK wants that pegged back to three.

Leaders of the EU’s 27 member states are due to gather in Brussels on Thursday for a two-day summit, potentially giving political impetus for a deal.

Mr Barnier reportedly told MEPs the deadline for the talks succeeding is Wednesday, but Downing Street said it was prepared to continue talks for “as long as we have time available” – keeping the door open for an agreement to be reached at or after Thursday’s EU Council gathering.

Meanwhile, Cabinet Office minister Michael Gove met his counterpart on the UK-EU joint committee in Brussels, although the discussions are separate from the trade negotiations.

In an olive branch to Brussels, the Government said it was prepared to remove three controversial clauses from the UK Internal Market Bill relating to the Irish border.

The gesture comes despite MPs voting on Monday to put the clauses back into the Bill after they were taken out by peers.

The UK leaves the single market and customs union at the end of December and businesses already face major changes to their trading relationship with the EU from January 1.

Failure to reach a deal would add additional barriers and tariffs, and the Office for Budget Responsibility has warned the disruption could wipe 2% off gross domestic product – the standard measure of the size of the economy – in 2021.

Any deal would have to be ratified by both Houses of Parliament in the UK and the European Parliament as well as signed off by EU leaders. 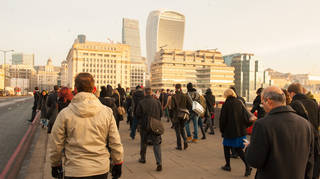 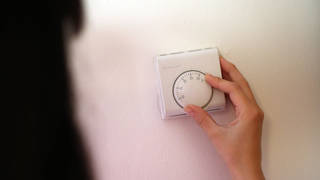 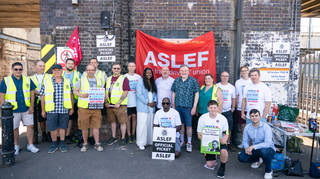 Petrol prices ‘on course to dip below 160p a litre’

Labour and material shortages to drag down building volumes for Persimmon

Companies could get more energy bill help from ministers

Flutter sees shares soar despite swinging to a loss

Co-op pledges to save communities from becoming ‘cash deserts’

FTSE 100 dragged down by sinking pharma shares, while US markets make gains

Johnson urges power companies to act ‘in the national interest’

Salman Rushdie stabbing should be a 'wake up call for the West' says Sunak, as he calls for sanctions on Iran