The ONS said gross domestic product increased by 5.5% between April and June after being revised up from the initial estimate of 4.8%.

The UK’s economic bounce-back was faster than first thought in the second quarter as spending surged after lockdowns lifted, according to official figures.

The Office for National Statistics (ONS) said gross domestic product (GDP) increased by 5.5% between April and June after being revised up from the initial estimation of 4.8%.

The ONS said this meant GDP was 3.3% below where it was in the final quarter of 2019 before the pandemic struck, against the 4.4% previously estimated.

The biggest driver of the upward GDP revision was household spending, which contributed four percentage points of the 5.5% increase as restrictions eased to allow outdoor dining in April, with further restrictions lifted in May.

While pent-up demand after the early 2021 lockdown saw Britons ramp up their spending, more recent GDP figures have shown a marked slowdown in the growth recovery.

Figures earlier this month showed economic growth eased to 0.1% in July, down from 1.4% in June, and there are fears supply chain woes are furthering hampering the recovery.

However, he said with job vacancies at record levels, lending conditions buoyant and household finances healthy, “the recovery is a long way from running out of support”.

The ONS data showed health services and the arts sector performing better than initially thought, with households saving less and spending more as the economy opened up.

Jonathan Athow, deputy national statistician at the ONS, said: “Household saving fell particularly strongly in the latest quarter from the record highs seen during the pandemic, as many people were again able to spend on shopping, eating out and driving their cars.”

The ONS added that its revisions come after it has made “numerous improvements to sources and methods”, with more complete data also from the health sector.

In the quarterly national accounts, the ONS also revised the first-quarter figure for 2021, estimating the economy now contracted by a better-than-first-feared 1.4%, against 1.6% previously.

It added that the economy contracted by a record 9.7% in 2020, having previously estimated a 9.8% decline.

The latest data shows household spending jumped 7.9% in the second quarter, while the savings ratio fell to 11.7% from 18.4% in the first three months of 2021, which was the second highest on record.

Figures showed the extent of the rebound in the hard-hit hospitality sector as restrictions were lifted and thanks to a boost from the Euro 2020 football tournament, with accommodation and food services output rocketing 87.6% in the quarter.

However, many sectors are being held back by the current supply chain crisis and lorry driver shortage, while there are worries that soaring inflation will see consumers rein in their spending.

The Bank of England recently slashed its expectations for third quarter growth to 2.1% from 2.9% previously forecast in August, partly blaming the more pessimistic view on the supply chain issues and labour shortages.

Separately, figures from the ONS also showed the UK’s current account deficit – a measure of the country’s balance of payments with the rest of the world – narrowed slightly to £8.6 billion in the second quarter from the revised £8.9 billion in the previous three months.

Excluding volatile precious metals, the deficit widened to £10.2 billion in the second quarter – or 1.8% of GDP – due to a fall in Britain’s trade balance and lower earnings on foreign investments. 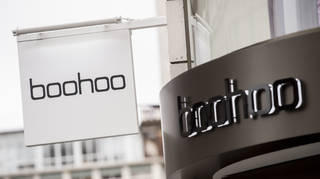