Unions accused the Government of ‘doing nothing’ to address the energy crisis.

Workers at Ovo are said to be “devastated” by news that 1,700 jobs are set to be cut by the energy firm.

Staff were given details of plans on Thursday, which include reducing the number of offices from 10 to three.

Unions said they will oppose the job cuts, and criticised the Government for “doing nothing” to tackle the energy crisis.

The cuts represent a quarter of the number of employees at Ovo, which has around 4.5 million customers.

The company added it will reverse the policy of offshoring from the previous owner and create more high-skilled jobs in the UK, and open a new Ovo Academy in Glasgow.

Around 1,000 call centre staff will be trained to become zero-carbon living advisers, with specialist knowledge of green home products and technologies from tariffs to making homes more energy efficient.

The three remaining offices will be in Bristol, Glasgow and London, while more employees will be supported to work flexibly from home should they wish.

The company had to apologise earlier this week after an email sent to customers advised them to keep their heating bills low by “having a cuddle with your pets” or eating bowls of porridge.

The Unite union said it warned in 2020 that Ovo was taking a risk when it took over the retail base of energy giant SSE.

General secretary Sharon Graham said: “We will do everything in our power to defend our members’ jobs.

“All and every option will be on the table. As a first step the company must now open the books to union experts.

“We will not sit by and watch our members being made to pay the price of the pandemic.”

Unite national officer for energy Simon Coop added: “We warned the directors about blundering into the SSE takeover.

“In recent years the same directors have plundered the accounts for amounts estimated to be touching £5 million.

“Ovo must be subject to severe scrutiny before the union decides on our next moves, but if they move to compulsory redundancies they will be fully opposed by the union.”

GMB national officer Gary Carter said: “This is a new year kick in the teeth for employees who have seen the company through Covid and faced increased call volumes and stress caused by the energy crisis.

“At a time when more than 20 energy companies have gone to the wall and customers are looking to other providers for their energy needs, this looks like the wrong time to cut jobs.

“Customer numbers are increasing in those companies left in the energy retail sector.

“The Government has stood back and done nothing to address the energy crisis and we are all paying the price.”

Unison’s head of energy Matt Lay said: “Hard-working staff across the company will be devastated as they anxiously await their fate. Closing offices will hit local economies hard too.

“Staff have been dealt a cruel blow. Instead of worrying about star jumps, porridge and cat cuddles, Ovo bosses should have been spending time on the issues that matter. Axing so many public-facing roles will have a huge impact on customers.

“Unions will be pushing managers to hold on to staff and retrain them. Those in at-risk roles must become part of the huge energy-efficiency drive that’s necessary if net-zero commitments are to be met.

“The Government isn’t without blame. Its hands-off approach to energy regulation has been disastrous. Ministers need to roll up their sleeves and get involved before the UK’s entire energy sector goes under.”

Sue Ferns of the Prospect union said: “These job losses are a further result of the crisis in energy retail. The Government needs to urgently look at wholesale reform of the energy retail market, including bringing it under local public control. Consumers and workers are paying the price for a system that simply does not work.

“We hope that Ovo is able to stick to its promise to limit losses to voluntary redundancy. Prospect will be working with the company to mitigate as far as possible the impact of this decision on our members.” 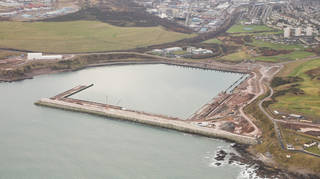 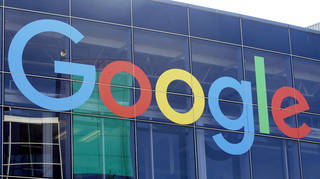 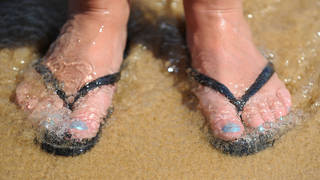