Sir Antonio Horta-Osorio was made a knight in the Queen’s Birthday Honours list for services to the financial sector and mental health.

The former boss of Lloyds Banking Group has stepped down as chairman of Credit Suisse after less than 12 months following an investigation into his personal actions.

Sir Antonio Horta-Osorio, who steered lending giant Lloyds back into private ownership after its 2008 financial crisis bailout, said in a statement issued by Credit Suisse his actions had led to “difficulties” for the Swiss bank.

“I regret that a number of my personal actions have led to difficulties for the bank and compromised my ability to represent the bank internally and externally,” the Portuguese banker said.

“I therefore believe that my resignation is in the interest of the bank and its stakeholders at this crucial time,” he added.

He has been replaced as chairman by board member Axel Lehmann, the statement said.

Last July he is reported to have gone to the Wimbledon finals despite having recently arrived from Switzerland.

Switzerland was on the UK’s amber list at the time, so he should have been in quarantine, not at the tennis.

The bank has also admitted that he broke Switzerland’s rules on quarantine in November, having left the country before his 10-day isolation had ended.

Sir Antonio was made a knight in the Queen’s Birthday Honours list in 2021 for his services to the financial sector, as well as his voluntary work for mental healthcare and culture.

He had headed up Santander’s UK arm before taking over at Lloyds in early 2011 when the bank was on its knees after its £20.3 billion taxpayer bailout at the height of the financial crisis following an ill-fated rescue of rival HBOS.

The Lisbon-born 57-year-old, who has British citizenship, bowed out from Lloyds in April with a £2.1 billion first-quarter profits haul.

He was brought into Credit Suisse to help correct its course after the high-profile problems the Swiss bank had with Archegos and Greensill Capital.

Both companies were tied to Credit Suisse, and both went out of business.

In 2020 Credit Suisse’s chief executive, Tidjane Thiam, resigned amid a spying scandal at the bank. 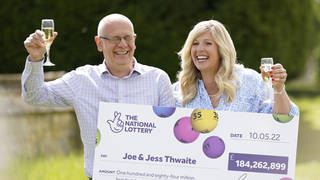 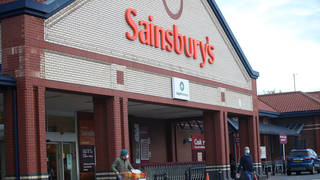 Patrick Vieira kicks out at fan during Everton pitch invasion