This Austrian woman, who was visiting London, was brutally attacked at Warwick Avenue Tube station.

Police searching for a man who repeatedly punched a tourist in London in an unprovoked attack have released a shocking image of her injuries.

A 60-year-old woman, who was visiting London from Austria, left Warwick Avenue tube station at about 8pm last Friday (March 10) when a man in his late 20s approached her and tried to "chat her up".

The Met Police said the victim "politely rejected his advances" and started walking along Warwick Avenue in the direction of Formosa Street, West London. 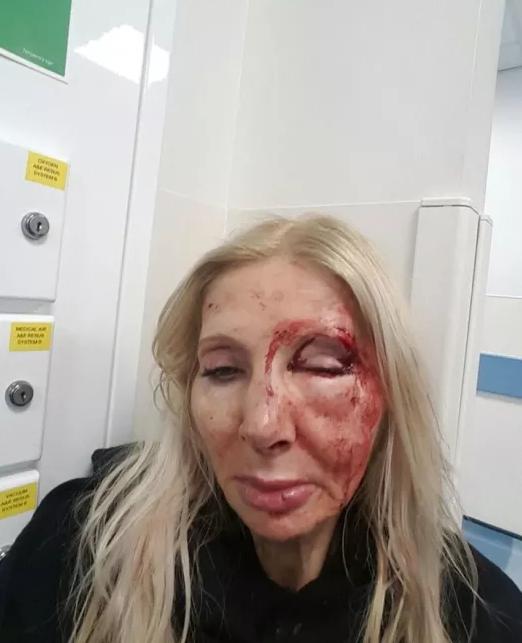 The suspect followed the victim, grabbed her from behind and attacked her by repeatedly punching her in the face. The attack left the victim with substantial facial injuries that amount to grievous bodily harm.

The victim was found a short time later by a passer-by, who did not witness the attack, but called the emergency services, and the woman was taken to a central London hospital for treatment.

She has since been discharged but will require further surgery.

The woman has agreed to use of her image, but she does not wish to be named.

The suspect is described as a white man, aged between 25 to 27, about 5ft 8 tall, with short brown hair and brown eyes. He was wearing light coloured trousers, a brown jacket and a black baseball cap.

Detectives are appealing for anyone with information about the attack to come forward.

Detective Constable Mike Reilly, the investigating officer from Westminster CID, said: "This was a vicious unprovoked attack that has left the victim very shaken. Her injuries are so severe that she requires surgery.

"Warwick Avenue is a busy area, especially at 8pm on a Friday evening. Someone must have seen something and I'd appeal for anyone with information to come forward as soon as possible so we can bring the perpetrator to justice."

Any witnesses or anyone with information are asked to contact Westminster CID via 020 7321 8260 or @MetCC.

Fourteen students and one teacher killed during school shooting in Texas