CCTV shows the shocking scenes leading up to an attempted rape of a woman in London.

CCTV has been released by the Met Police in an attempt to find a would-be rapist who targeted a woman in Dagenham earlier this month.

On March 6 a 22-year-old woman was followed off a bus on Wood Lane by a man who proceeded to follow her onto Becontree Avenue.

The man then grabbed the woman from behind, threw her onto the ground and removed his jeans, exposing himself.

The victim punched him in the stomach and shout for help when a driver in a passing car stopped and phoned the police. The suspect ran off towards Wood Lane. 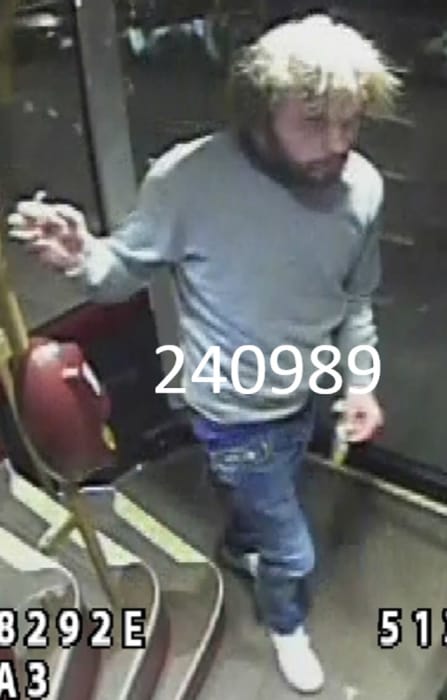 Have you seen this man? Police are searching for the man pictured.

The suspect is described as a man in his 30s, with fair hair, and a short brown beard. He was wearing a grey top with a white shirt underneath and blue jeans.

Detective Constable Matt James, from the Sexual Offences, Exploitation and Child Abuse Command, said: "The woman is very shaken from her ordeal. She was able to shout for help and use self-defence to flee from her attacker.

"We are keen to identify the man in the CCTV footage so we can speak to him about the incident. We would also urge anyone who witnessed the incident to contact us."

Anyone with information or any witnesses are urged to call police on 101 or by tweeting at @MetCC. To give information anonymously contact Crimestoppers on 0800 555 111 or visit crimestoppers-uk.org.

There have been no arrests and enquiries continue.