Cyclist Hospitalised After Collision With Truck In East London

The road outside Aldgate East station was closed after a cyclist was injured at the busy junction.

A female cyclist was injured by a large tipper truck in a right turn lane. The collision happened at the junction of Whitechapel High Street and Commercial Street in east London around 11am on Wednesday.

Pictures from the scene show items strewn across the road and a bicycle under the lorry. The Met have confirmed that police and ambulance attended the scene and that a woman was taken to hospital with injuries that are not thought to be life changing.

The driver of the lorry stopped at the scene and enquiries continue. 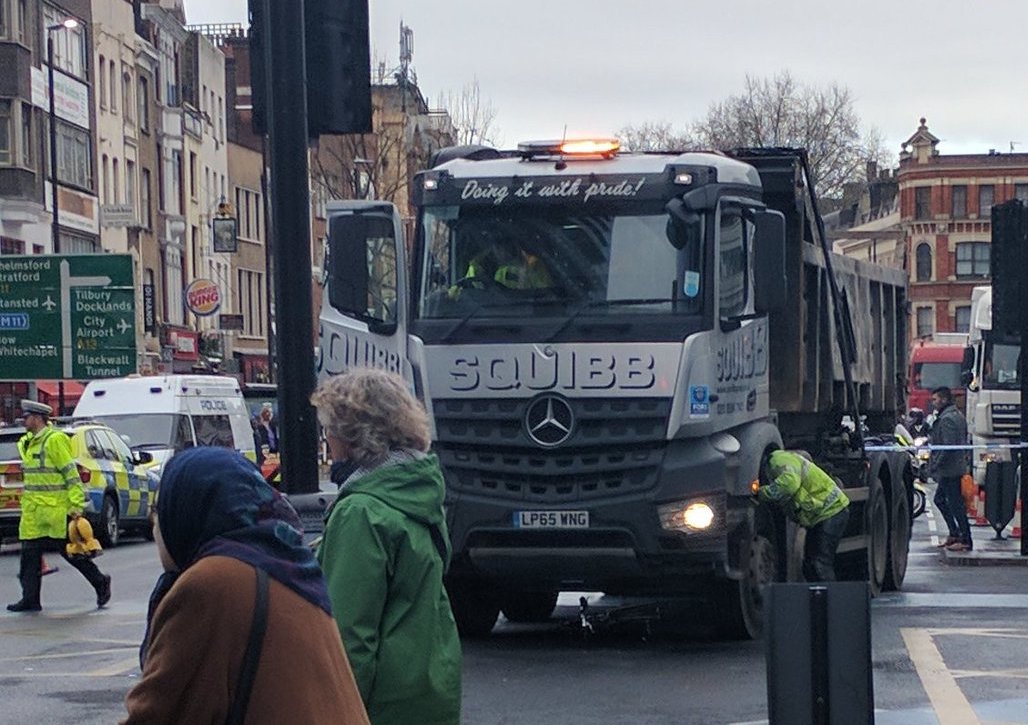