This is the shocking moment a young girl was grabbed by a sea lion and dragged into the water.

The incident in Richmond, Vancouver was caught on film by a student.

The sea lion is believed to have been attracted to Steveston Fisherman’s Wharf by people who were throwing bread into the water. 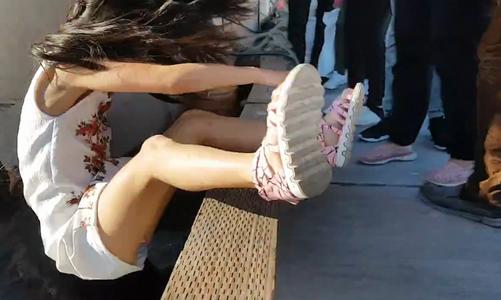 As the girl sat on a bench, the sea lion reached up and grabbed hold of the girl's dress, pulling her into the water.

She screamed and a man believed to be a relative of the girl jumped in and lifted her to safety. She appeared physically unharmed.

Watch the dramatic video above.