The tension's clear in this clip of German Chancellor Angela Merkel visiting Donald Trump in the White House.

Donald Trump has apparently ignored a request from Angela Merkel for a handshake in front of the world's media.

The German Chancellor and US President are meeting for the first time since he moved into the White House in January. The conference comes amidst simmering disputes over a number of key issues.

Merkel has issued some of the strongest statements from any world leader on Trump's controversial policies and behaviour. Meanwhile he hasn't been shy about criticising NATO, the EU and especially Merkel's refugee policy.

That awkwardness was captured in this exchange on Friday, before their meeting got underway, as they posed in the Oval Office for waiting photographers and reporters.

But while Trump wasn't apparently keen to shake hands on camera, he had no problem earlier when Merkel first arrived - something that less media outlets reported: 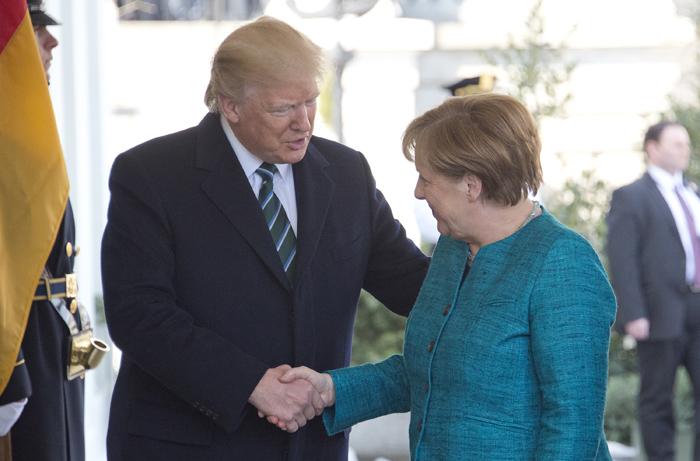