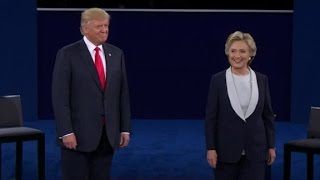 Things have soured so much between Hillary Clinton and Donald Trump that this was the incredibly awkward interaction when they met at the second Presidential Debate.

Despite shaking hands at the last debate, it seems Trump's comments about women - and Bill Clinton's sex life – have left Hillary determined to keep her distance.

The next 90 minutes saw the pair do battle over everything from Bill to Benghazi, via ISIS and taxes.

But in the final few minutes, an audience member asked them to name one thing they respected in their opponent. Hillary said Donald's children was a testament to him, Donald said he admired that she "never gave up".

Having paid some compliments to each other, the pair then finished the debate with a handshake. A reluctant one, but a handshake nonetheless: 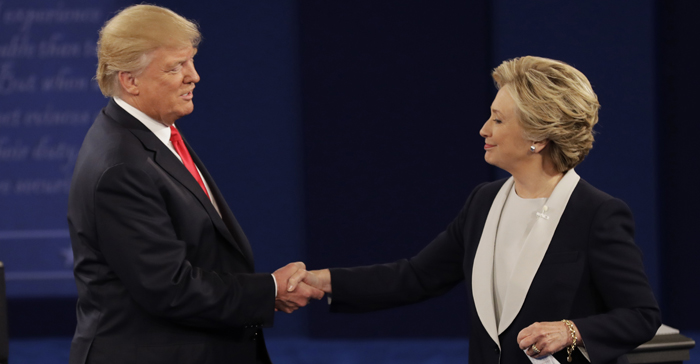 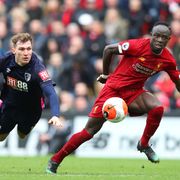