LBC speaks to a man who was on the top deck of a bus on Westminster Bridge when today's devastating terror attack began.

"Oh God, it was horrible," started Robert. "We were caught in traffic, as there always is going across that bridge.

"All of a sudden I saw two Chelsea boots hit the window on the top deck. I thought someone had chucked their shoes at the window.

"I jumped up...I heard a scream. Then I looked at the pavement down below and I saw a girl's legs sticking out of the back of my bus, under the wheel, a woman on the bridge reeling in pain."

Robert also came across the boyfriend of the woman who was thrown into the Thames during the chaotic scenes.

The boyfriend told Robert: "I've got her mobile phone, I've got her passport, but I don't know where she's gone. I know we got hit."

Iain Dale then spoke to Robert, urging him to get counselling help, and explaining why unforgiving accounts of terror attacks like today's are important.

"We can't hide that from people. We have to recognise the viciousness they're willing to indulge in." 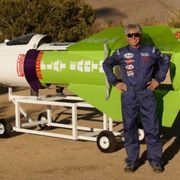