Boris Johnson ‘plans to move House of Lords to York’

The Prime Minister is planning to permanently move the House of Lords to the City of York, according to reports.

The Sunday Times said that York has “emerged as the frontrunner to host the new second chamber.”

Birmingham is also being considered, the paper said.

The Prime Minister has already started looking into the details of a move.

Disused land close to York station is being looked at as the site for the new second chamber.

A constitutional review into the plans will be launched in the spring, followed by an architectural competition to design the new building.

A government source told the newspaper: “The York proposal is much further along. The PM is also keen to have parliamentary sessions in the regions, be it Sunderland or Manchester, so people get a chance to feel democracy in action first hand.” 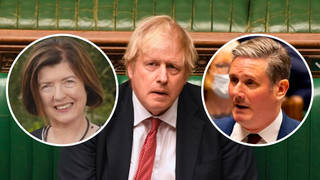