Boris Johnson faced tough questions from Jeremy Corbyn about the state of the NHS in Prime Minister's Questions today.

Waiting times at A&E departments are at their highest level since records began, with official data showing only 81.4% of emergency patients were seen within four hours in November.

The Labour leader said: "The number of patients waiting more than four hours in A&E is now at its highest on record for the second month in a row.

"There probably isn't a family in the United Kingdom which hadn't been affected in some way by cancer. Yet last year we saw one in four patients waiting more than two months for the start of their cancer treatment.

"How many more patients will face what are life-threatening delays because our NHS is understaffed and underfunded?"

Mr Johnson replied: "As [Mr Corbyn] knows, there is a massive demand on the NHS, which he also knows is doing a fantastic job, particularly in oncology where tremendous progress has been made.

"We will get those waiting lists down."

Watch their full exchange at the top of the page.

This is how Prime Minister's Questions unfolded on our live blog from LBC News. 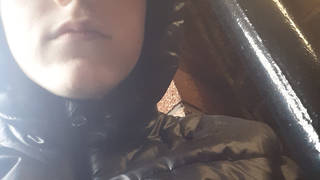