Boris Johnson has said the country needs to "focus on delivering a bright, exciting future" after MPs approved his Brexit deal, setting the stage for the UK's exit from the EU.

Three-and-a-half years since the country voted to leave the European Union, Mr Johnson's Withdrawal Agreement Bill is set to attain royal assent and become law in the coming days.

Speaking after Peers in the Lords rejected his exit bill five times, the PM urged the country to "move forwards as one United Kingdom", adding: "At times it felt like we would never cross the Brexit finish line, but we've done it. "

The Lords had tried to secure additional rights including for unaccompanied child refugees but bowed to the will of MPs after the elected chamber overturned the Peers' demands.

"Now we can put the rancour and division of the past three years behind us and focus on delivering a bright, exciting future - with better hospitals and schools, safer streets and opportunity spread to every corner of our country," the PM said.

Mr Johnson's deal still needs to be ratified by the European Parliament ahead of Brexit day which is set to be January 31.

The Queen's formal approval of the European Union (Withdrawal Agreement) Bill is expected in the coming days while the European Parliament will hold its consent vote on January 29.

MPs had reversed five changes made to the legislation by the Lords during a "ping-pong" phase where the Bill moved between the two Houses until agreement is achieved.

Peers had defeated the Government on EU workers having the right to physical proof of their right to remain and on the power of courts to depart from European Court of Justice rulings.

They also worked to ensure the rights of unaccompanied child refugees to be reunited with their families in the UK post-Brexit.

But all five amendments were comfortably reversed by MPs, with majorities ranging from 86 to 103, before the upper House gave way.

The deal was able to pass the Commons with ease after Mr Johnson secured an 80-strong majority in the general election. 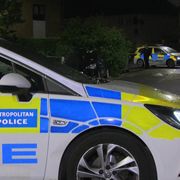 Young child 'critical' and among four people shot in London 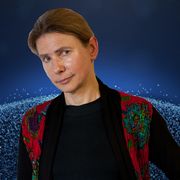 After the Pandemic: Bring back the 'old normal' says author Lionel Shriver