In a statement on Wednesday evening, Lord Geidt said it feels "right" to step down as the Prime Minister's independent adviser on the ministerial code.

"With regret, I feel that it is right that I am resigning from my post as Independent Adviser on Ministers’ Interests," he said.

But his statement came as a shock to Downing Street, where a senior source said: "This is a total surprise. And a mystery to the PM.

"Only on Monday Lord Geidt asked if he could stay on for six months. And in hours of questioning in parliament yesterday there was no hint that he’d even considered resignation."

Just a day earlier, he declined to deny to MPs that he had considered resigning over Mr Johnson's response to being fined for breaching lockdown rules.

Mr Johnson was issued a fixed penalty notice (FPN) - along with his wife and Chancellor Rishi Sunak - over a birthday party thrown in his honour in the Cabinet Room in June 2020 - when indoor socialising was banned.

But in a letter to Lord Geidt, Mr Johnson said his judgment on why he did not break the rules for ministers included that there have been "past precedents of ministers who have unwittingly breached regulations where there was no intent to break the law".

In his latest annual report, Lord Geidt said a "legitimate question" had arisen as to whether the case of the FPN might have constituted a breach of the "overarching duty within the Ministerial Code of complying with the law".

It was reported that Lord Geidt had threatened to quit last month after the publication of the Sue Gray report into lockdown breaches in Whitehall unless Mr Johnson issued a public explanation for his conduct.

Lord Geidt is the second person to resign as Mr Johnson's ethics adviser during his less than three years as Prime Minister.

Mr Johnson has suffered a number of challenges to his leadership in recent weeks but has hung on as PM despite backlash from his own party.

Last week's bruising confidence vote revealed 41 per cent of Tories wanted him out of the job, with 148 of 359 MPs declaring they do not have confidence in him as leader.

Mr Johnson has since tried to move on from the Partygate scandal and has called for a "line to be drawn" after the bruising vote.

He urged his senior ministers to move on and push the "massive agenda" of Levelling Up investment. 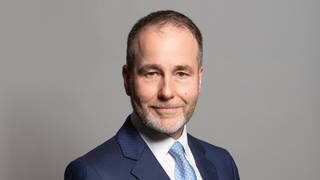