Adam Crozier, the former boss of ITV, is in talks to become the chairman of one of Britain's biggest market research groups in the wake of its $4bn takeover.

Sky News has learnt that Mr Crozier has been approached by Bain Capital, the buyout firm which acquired a 60% stake in Kantar last year, about the role.

An appointment has yet to be finalised, but industry sources said that Mr Crozier could sign a deal with Bain before the spring.

Sir Martin, who stepped down last year and has since founded S4 Capital, a 'new era' marketing holding company.

His successor at WPP, Mark Read, has been reshaping the company by offloading a number of subsidiaries and merging some of its agency brands.

WPP has retained a minority stake in Kantar, which employs about 28,000 people and is one of the world's biggest market researchers.

If Mr Crozier does take the Kantar chairmanship, it would see him reunited with Ian Griffiths, who was recently appointed as its chief financial officer.

The pair worked together at ITV, which Mr Crozier left in 2017.

He has since become chairman of ASOS, the online fashion retailer, and Vue Entertainment, the cinema chain.

He was also previously a senior executive at Saatchi & Saatchi, the advertising agency.

Neither Bain nor Mr Crozier could be reached for comment on Saturday. 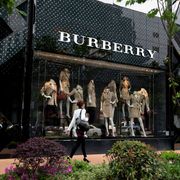 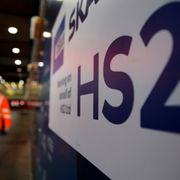 HS2: Chinese firm says it can build rail project in five years and at much lower cost