Preliminary figures show the US has been tipped into its sharpest recession on record as the coronavirus crisis takes an unprecedented toll on the world's largest economy.

Official, early, data showed output contracted at an annualised rate of 32.9% in the second quarter of the year, when large parts of the country entered lockdown to help slow the spread of COVID-19.

The figure is a measure of gross domestic product (GDP) over a 12-month period rather than a monthly or quarterly calculation, as it is reported in the UK where the scale of its own, inevitable, recession is set to be announced within weeks.

It was a slightly better performance than economists had expected - with 34.1% an average forecast ahead of the report.

Wall Street fell following the historic GDP slump and a tweet by US President Donald Trump floating the possibility of delaying the US November presidential elections.

All three major US stock indexes: the NASDAQ Composite, Dow Jones Industrial Average, and S&P 500 were down in early trading.

Prior to their release, market analysts had suggested dire figures could prompt a surge in stock market values as it boosted the likelihood of more economic stimulus.

The US GDP figures were released just hours after the chair of the country's central bank warned that the wave of new COVID-19 cases, which have hit populous states such as Florida and California, were proving a further drag on economic recovery.

Jay Powell, whose rate-setting committee at the Federal Reserve would have had advance sight of the growth data, indicated on Wednesday night that more support from the federal government was needed to help stoke output.

But there are growing worries among investors that a new aid package currently working its way through a bitterly divided Congress has stalled - with the dollar hitting its lowest level against a basket of international currencies for more than two years in recent days.

The Fed also added to pressure on the currency by leaving the door open to further easing while leaving interest rates at their crisis low of just above zero.

"Very likely, more will be needed from all of us. I see Congress negotiating now over a new package, and I think that's a good thing."

However, there appears to be deadlock among politicians on several key elements ahead of a Friday deadline for extending a $600-per-week unemployment handout which Republicans want to see reduced.

Democrats are pushing for a more comprehensive package as both sides gear up for what is expected to be a fractious presidential election with Donald Trump seeking a second term.

He has made creating a strong economy the pillar of his tenure to date. 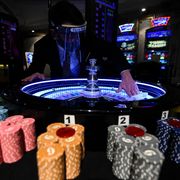 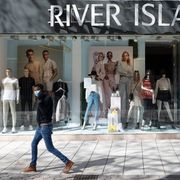