Britain has decided to allow Huawei to help build its high-speed 5G networks, defying security concerns from the US and others about the Chinese company.

It will be subject to a series of restrictions but these were not enough to allay critics' fears that its involvement will give China's government access to data - something Huawei denies.

A Trump administration official said the US was "disappointed" in the decision - which left the White House facing pressure to review its intelligence-sharing relationship with the UK.

Downing Street said Boris Johnson had spoken to the president in the wake of the announcement, which followed a meeting of the National Security Council chaired by the prime minister.

The decision prompted an incendiary response from some in Donald Trump's Republican party.

Senator Ben Sasse, a member of the Senate intelligence select committee, said: "Here's the sad truth: our special relationship is less special now that the UK has embraced the surveillance state commies at Huawei."

Tom Cotton, another Republican senator on the committee, said Britain's decision would be "like allowing the KGB to build its telephone network during the Cold War".

He called for the US to conduct a "thorough review of US-UK intelligence sharing".

The controversy centres on the roll-out of next-generation 5G technology, which will offer much faster data speeds and provide connectivity from more objects and locations.

It is expected to drive the next wave of innovation such as self-driving cars or the possibility of doctors carrying out remote surgery on patients many miles away using robots.

Huawei is the leading global supplier of mobile networks, with its equipment seen as both well priced and high quality.

But critics claim that Chinese law could compel Huawei to carry out spying.

Washington has threatened to cut off intelligence sharing with allies that use the company.

The UK decision will see Huawei excluded from supplying the "core" of 5G - the part that keeps track of smartphones connecting to networks and helps manage data traffic.

It will also be kept out of sensitive locations such as nuclear sites and military bases.

Huawei will be limited to providing 35% of the less risky radio access network of base stations and antennae.

The government said it was confident that applying these measures "will allow us to mitigate the potential risk posed by the supply chain".

Foreign Secretary Dominic Raab insisted that Britain would "never take decisions that threaten our national security or the security of our Five Eyes partners" - a reference to the intelligence-sharing network linking the US, UK, Australia, New Zealand and Canada.

The decision comes at an awkward time as the UK seeks a post-Brexit trade deal with the US while also looking to future relations with China.

It comes a day ahead of a visit to Britain by US secretary of state Mike Pompeo, who is due to meet Mr Raab.

Huawei said it was "reassured" by the announcement.

"This evidence-based decision will result in a more advanced, more secure and more cost-effective telecoms infrastructure that is fit for the future," the company's vice president, Victor Zhang, said.

"It gives the UK access to world-leading technology and ensures a competitive market." 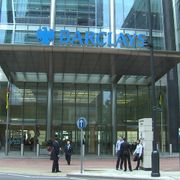 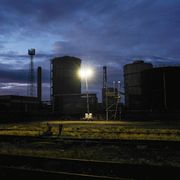 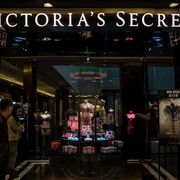