A German coach has been kicked out of the Tokyo Olympics for punching a horse amid heavy criticism of a show jumping round.

Kim Raisner tried to assist her compatriot, Annika Schleu, who was unable to get Saint Boy under control for the modern pentathlon.

Ms Schleu found the horse hard to ride and the world governing body for the sport said Rasiner was seen striking the animal with her fist.

Ms Schleu was in tears as Saint Boy appeared not to follow her commands in the show jumping round – one of the modern pentathlon's events.

Competitors get just 20 minutes to bond with an unfamiliar horse before they take to the ring.

The round was criticised by social media users who raised concerns about Ms Schleu and ex-modern pentathlete Ms Raisner's treatment of the horse.

@WorldPentathlon #AnnikaSchleu is so heartbroken. That game is brutal and diabolical at this point. She should have been given option for another horse. #ModernPentathlon #pentathlon pic.twitter.com/ggIdBI6gKi

The UIPM, the global body for the modern pentathlon, acknowledged the issues raised online on Saturday.

In a statement, it said: "The UIPM Executive Board (EB) has given a black card to the Germany team coach Kim Raisner, disqualifying her from the remainder of the Tokyo 2020 Olympic Games.

"The EB reviewed video footage that showed Ms Raisner appearing to strike the horse Saint Boy, ridden by Annika Schleu, with her fist during the riding discipline of the women's modern pentathlon competition.

"Her actions were deemed to be in violation of the UIPM competition rules, which are applied to all recognised modern pentathlon competitions including the Olympic Games.

"The EB decision was made today at the Tokyo Stadium before the resumption of the men's modern pentathlon competition." 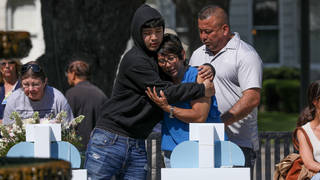 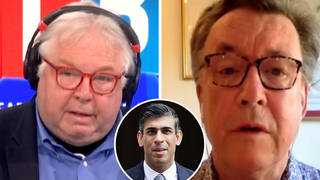