A controversial bill would curb non-violent protest in a way that is inconsistent with human rights, MPs and peers have warned.

The Police, Crime, Sentencing and Courts Bill has been opposed in demonstrations across cities in England because of fears it would restrict protest rights.

Now, the Joint Committee on Human Rights (JCHR) has called for parts of the proposed law to be completely removed.

Its report said one section, Part 3 of the bill, would make major changes to how protests are policed in England and Wales and increase restrictions on non-violent protest "in a way that we believe is inconsistent with our rights".

The Home Office insisted the proposed legislation does not impinge the right to protest.

The bill's proposed ability to allow for police to impose conditions on demonstrations based on how much noise is made is "neither necessary or proportionate" and should be taken out, the MPs and peers on the JCHR said.

Read more: Kill the Bill protests: Thousands descend on London and cities across the UK

Committee chair Harriet Harman said: "The Government put forward new powers in areas where the police already have access to powers and offences which are perfectly adequate.

"Noisy protests are the exercises of the lungs of a healthy democracy. They should not be treated as an inconvenience by those in power.

"We are calling for the right to protest peacefully to be given explicit statutory protection."

The report said: "We do not believe that the need for increased penalties for failing to comply with conditions imposed by the police has been made out.

"There is a real risk that more substantial penalties would have the effect of dissuading people from exercising their right to engage in peaceful protest."

"Public order legislation is out of date, and the use of disruptive and dangerous tactics - including obstructing emergency vehicles or blocking the free press - costs millions to the taxpayer and causes misery to businesses and local communities.

"These measures - which are backed by the police and were supported by the NPCC (National Police Chiefs' Council) in oral evidence to this committee - will enable police to better manage demonstrations so that legitimate protest groups can make their voices heard without disrupting the lives and livelihoods of others." 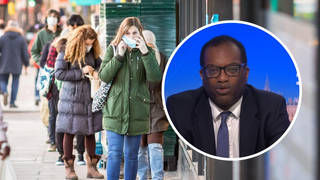