Covid testing at a private laboratory has been suspended after 43,000 people potentially got an incorrect negative PCR result.

The findings come after an investigation by NHS Test and Trace.

The affected people would have received their results between 8 September and 12 October and mostly come from the South West of England.

It stressed there were no technical issues with either testing kits, and that other labs are still working as normal.

Immensa Health Clinic Ltd has been told to suspend its testing operations at its Wolverhampton lab by the NHS.

It is thought around 43,000 people could have been given the wrong negative result.

Anyone who tests positive using a lateral flow device is asked to use a PCR kit to verify the result.

All samples were sent to the Wolverhampton lab, which has processed 400,000 tests – most of which will have been negative.

The NHS is now getting in touch with anyone who could still be infectious and will advise them to get another test.

It is thought most of those affected come from the South West, as well as people in the South East and Wales, where potentially 4,000 people are affected, mainly in the Gwent and Cwm Taf Morgannwg areas.

Close contacts with symptoms will also be advised to get checked.

Dr Will Welfare, public health incident director of the UK Health Security Agency, said: "There is no evidence of any faults with LFD [lateral flow device] or PCR test kits themselves and the public should remain confident in using them and in other laboratory services currently provided.

"If you get a positive LFD test, it’s important to make sure that you then get a follow up PCR test to confirm you have Covid-19.

"If you have symptoms of Covid-19, self-isolate and take a PCR test."

Andrea Riposati, CEO of Immensa Health Clinic Ltd, said: "We are fully collaborating with UKHSA on this matter.

"Quality is paramount for us. We have proudly analysed more than 2.5M samples for NHS Test and Trace, working closely with the great teams at DHSC and UKHSA.

"We do not wish this matter or anything else to tarnish the amazing work done by the UK in this pandemic."

Exclusive LBC poll: Only half of Londoners trust the Met 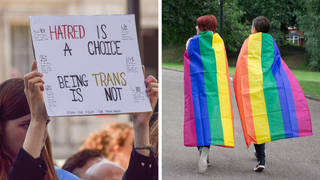 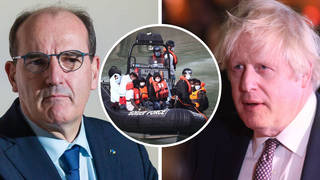 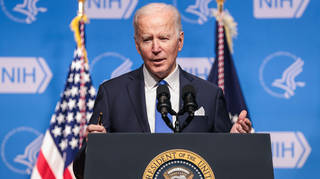 Biden: Travellers flying into US must test negative for Covid-19 within 24 hours 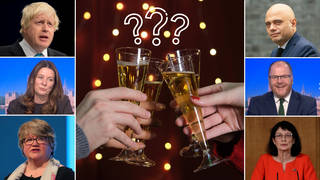 Tropical storm brewing in Bay of Bengal off Indian coast

Omicron variant found in at least five US states

US, EU, Britain and Canada hit Belarus with co-ordinated sanctions

‘When the pubs suffer, everyone suffers’: Pub landlord speaks to LBC