Union Jack flags are flying at half-mast across the country in tribute to the Duke of Edinburgh after his death aged 99.

Prince Philip, the longest-serving consort in British history, was married to the Queen for more than 70 years.

He dedicated decades of his life to royal duty, serving the nation at the monarch's side.

LIVE: Tributes pour in from around the world after the death of the Duke of Edinburgh

On Friday, the flag above Buckingham Palace flew at half-mast as members of the public began laying flowers at the foot of the gates.

The statement reads: "It is with deep sorrow that Her Majesty The Queen has announced the death of her beloved husband, His Royal Highness The Prince Philip, Duke of Edinburgh.

"His Royal Highness passed away peacefully this morning at Windsor Castle.

"Further announcements will be made in due course.

"The Royal Family join with people around the world in mourning his loss."

Police officers were seen moving people on as crowds gathered amid the Covid-19 pandemic.

Crowds have also been gathering at Windsor Castle.

The flags in Downing Street are also flying at half-mast, with Boris Johnson paying tribute to “a champion of the natural world” who "inspired the lives of countless young people".

Flags were also lowered at Aintree Racecourse in Liverpool, on the second day of the Grand National horse racing meeting, as well as government buildings in the UK and British embassies across the world.

Members of the public have been expressing their sadness, with one describing the duke as "a witty gentleman but a very caring one".

"He brought a bit of warmth and a bit of humanity to the royal family," another told LBC.

One member of the public said the news was "exceptionally sad", adding: "If there is a good side to it at least he was at home, the Queen was able to be with him."

Another said: "He’s lived a very long life, I’m sure a very fulfilled life and as a Christian I hope and trust that he is now is a better place."

Philip returned to Windsor Castle on March 16 to be reunited with the Queen after spending a month in hospital - his longest ever stay.

He was just two months away from his 100th birthday in June.

Covid testing: What to do if you've been given the wrong PCR result 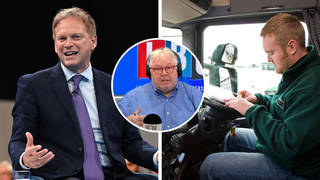 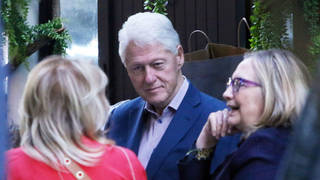 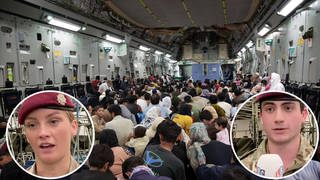 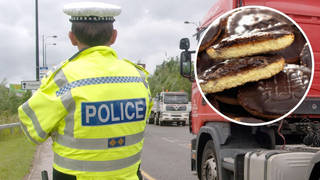 'They talk but don't do': Queen hits out at leaders for 'irritating' climate inaction

Eco protesters to suspend blocking roads after drivers fight back

'Why the hell are we calling off the fireworks? Why is the Mayor such a killjoy?'