More than four tonnes of the same chemicals that led to an enormous explosion at Beirut's port have been discovered in a nearby area, according to the Lebanese military.

Army experts are said to have been called in for an inspection on Thursday, later finding 4.35 tonnes of ammonium nitrate in four containers near the port.

There were no details about the origin of the chemicals in the statement.

The discovery comes almost a month after 2,750 tonnes of ammonium nitrate exploded, ripping through the Lebanese capital and killing 191 people.

READ MORE: Lebanon in mourning after massive explosion in Beirut

Thursday's statement said experts were "dealing with the material" that had recently been discovered - indicating that it was in the process of being destroyed.

Just days after the blast on 4 August, French and Italian chemical experts discovered more than 20 containers with dangerous chemicals that were later said to have been moved to safe locations.

Experts from France and the FBI have all joined the investigation into the blast, as requested by Lebanese authorities.

The findings are yet to be released.

At least 25 people had so far been detained by authorities, of which most are port and customs officials. 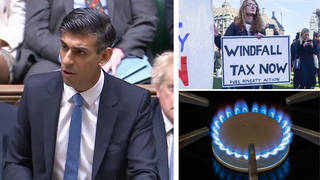