Harvey Parker: Thousands raised in tribute as body in Thames confirmed as student

A body that police recovered from the Thames has been confirmed as missing Harvey Parker.

The 20-year-old disappeared after leaving a nightclub in central London in December.

Police announced that his family had been kept informed after officers brought a body out of the water on Tuesday, with police confirming the identity on Thursday.

Meanwhile, a fundraiser which said it was set up by the University of York student's friends and family has raised tens of thousands of pounds for young people and queer support groups.

Detective Chief Inspector Lucy O'Connor, of the Met's Central South Command Unit, said: "We are providing Harvey's family with all the available information.

"We are also asking for media to please respect the family's privacy at this challenging and difficult time."

The Met said it was alerted to a body in the Thames by the Royal National Lifeboat Institution shortly before midday on January 4.

Officers recovered the body near Embankment, Westminster, which is a short walk from Heaven Nightclub, where Harvey was last seen.

He left the club near Charing Cross Railway Station at about 2.15am on Friday, December 17.

A fundraiser set up in Harvey's memory raised over £50,000 by Thursday evening.

The JustGiving page, which said it was set up by his family and friends, easily rocketed past its initial £10,000 target, as more than 2,000 people donated.

A blurb on the page said: "We would like to raise funds for people like Harvey: money raised will go to young queer support groups, neurodiverse and gender-diverse young people who would benefit from emotional or mental health support, and help support talented musicians from under-represented communities.

"We want to send our thanks to everyone who can help us to support these causes, as a way to not only celebrate Harvey's life but to keep the memory of our beautiful Harvey alive."

A statement released earlier - and signed by Harvey's mother Amanda, step-father Michael and brother Titus - said: "Our deepest thanks to all of you who searched with us, posted, shared, and supported us and the Met police in finding Harvey.

"Your love and support ensured so many people knew something of the blazing, glorious person that we were lucky to have in our lives." 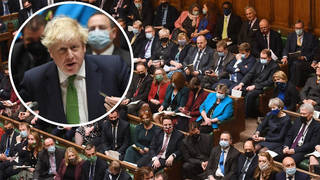 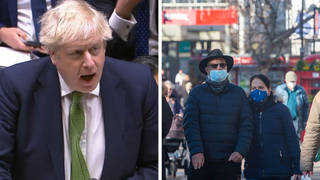 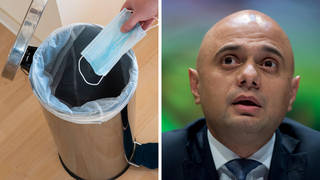