Can We Get On A London Bus With A Horse? 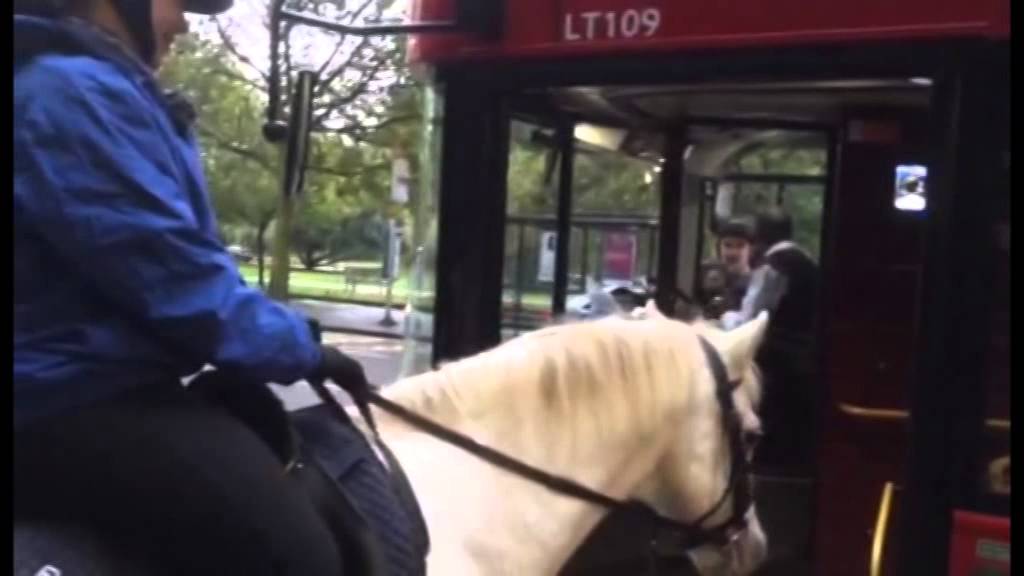 Can We Get On A London Bus With A Horse?

This is what happened when an LBC reporter tried to get on a bus with a horse.

Yesterday on LBC's Ask Boris, the Mayor of London was asked if you are allowed to take pets on London buses and responded: "I don't see any reason why you can't take pets on buses.

When pressed if a horse would be allowed, he said: "I don't see why not. Horses used to pull buses after all. See what happens if you try to take a horse on a bus."

So LBC's Senior Reporter Tom Swarbrick was dispatched to try to board a bus with two ponies from Ross Nye Stables - Barry and Upham.

Watch the video above to see how they got on.

Kirsty Nye, owner of Ross Nye stables, told LBC: "In nearly 50 years of being in Central London we have never attempted taking a horse onto bus.

"But after Boris Johnson said on LBC that you could take a horse with you on a bus in London, this could be an alternative method of transporting our horses!"

The riders with us were Annie Guerard and Morgen Day.

To find out more about Pet Insurance, check out Pets in a Pickle.