Parliament Square Incident: What We Know

A man carrying a "bag of knives" has been arrested 'at gun point' and charged on suspicion of terrorism offences near Whitehall.

The knife-wielding man, who was allegedly also holding a bag of knives, was "pulled to the ground" and arrested, witnesses told LBC.

Police closed off a stretch of Whitehall shortly after 2pm and the man is thought to have been arrested at gunpoint - but police have said there is "no immediate known threat".

He was arrested just 50m from parliament, where five died in last month's terror attack.

Metropolitan Police have since said in a statement: "A man has been arrested in Whitehall this afternoon, at approximately 14:22, following a stop and search as part of an ongoing operation.

"The man was arrested in Parliament Street, junction with Parliament Square, by armed officers from the Met’s Specialist Firearms Command. 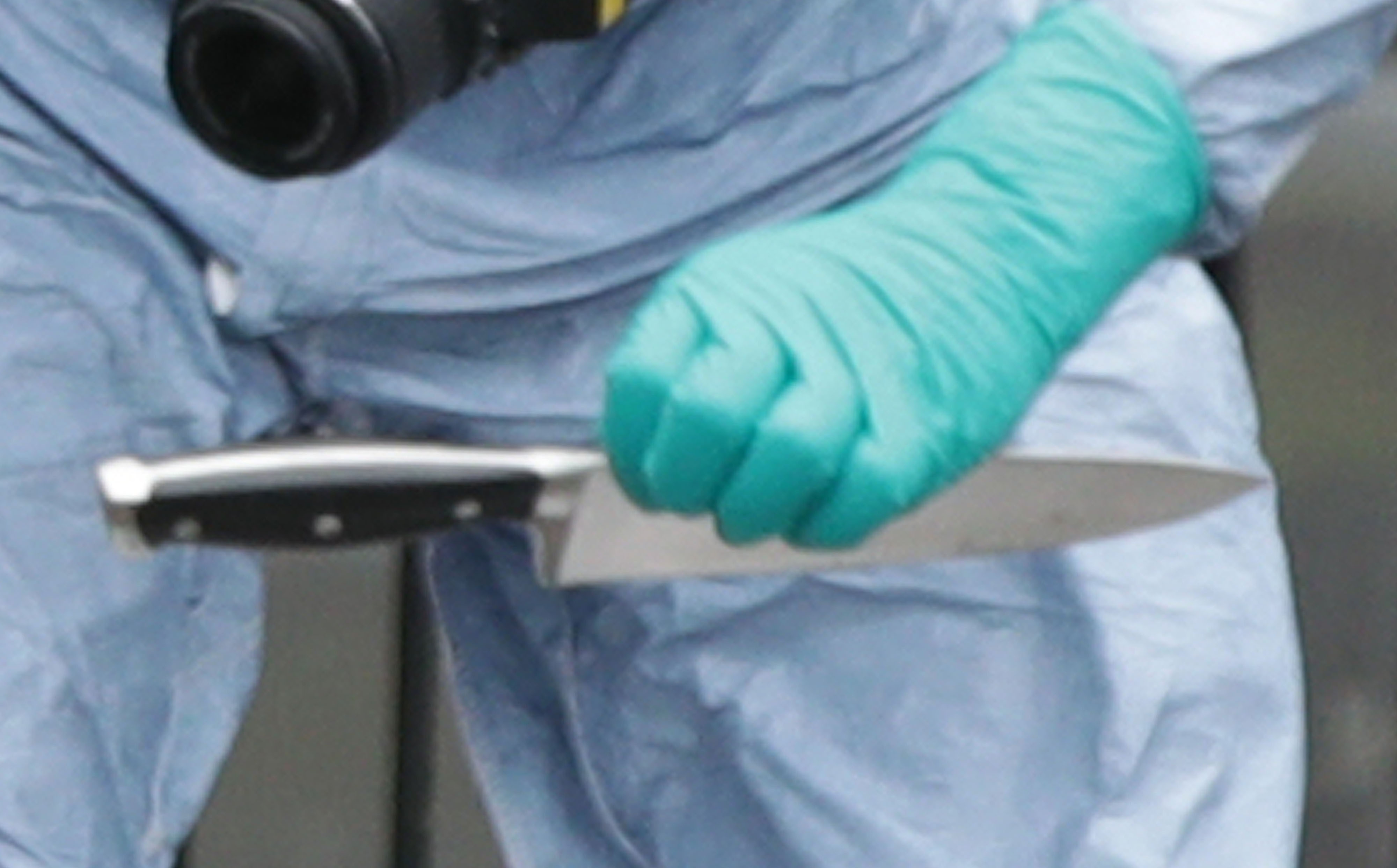 "The man, 27, was arrested on suspicion of possession of an offensive weapon and on suspicion of the commission, preparation and instigation of acts of terrorism. Knives have been recovered from him.

"He is being detained under the Terrorism Act and is in custody in a south London police station.

"Detectives from the Counter Terrorism Command are continuing their investigation, and as a result of this arrest there is no immediate known threat." 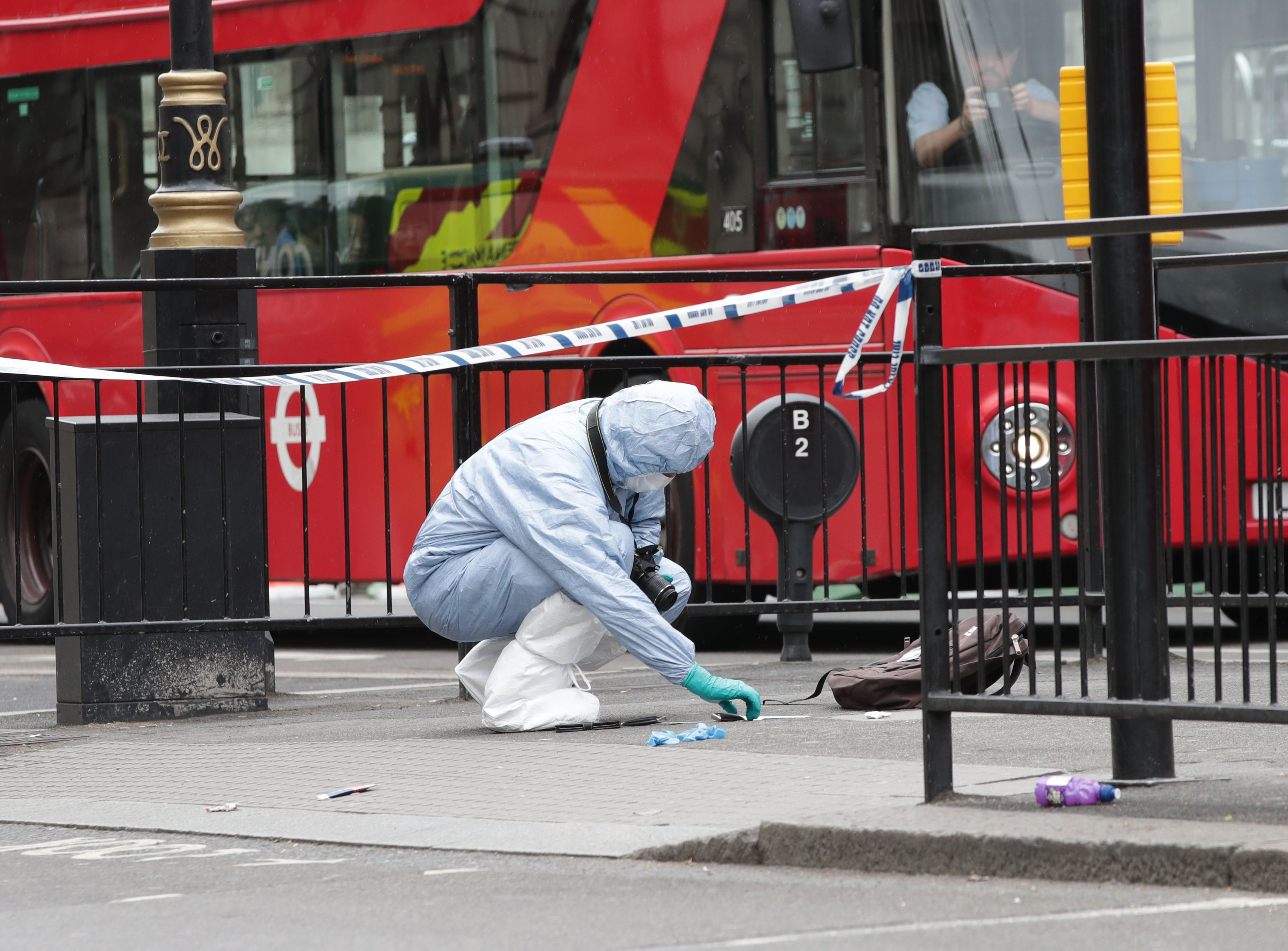 Following the arrest, the man was led into an unmarked police car with his face covered by a black hood. 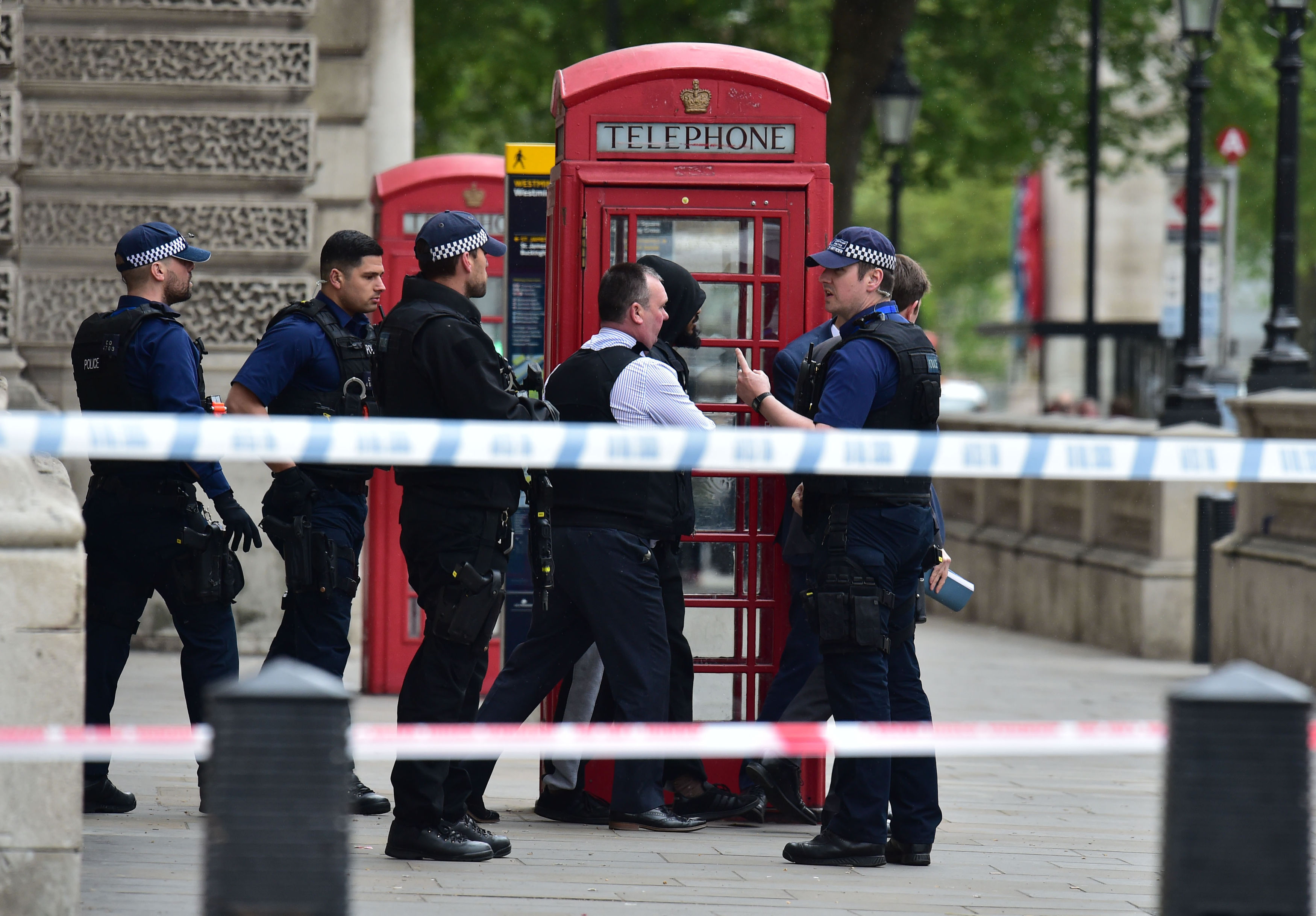 Witnesses told our reporter they had seen his hands being treated for cuts and scrapes.

The road has since been re-opened.

And just like that London seems to return to normal, the traffic island is cleared of knives and cordon lifted in Westminster @LBC pic.twitter.com/YuYGQXiUAZ