This is the moment a bungling crook tried to rob a Dagenham petrol station - armed with only a can of Red Bull.

The footage released by the Met shows the baby-faced crook leaping the counter, Red Bull in hand, to threaten the cashier.

He tries to get into the register but fled empty handed when challenged by staff, police say.

This incident took place at 7.30pm on Friday, 2 September at a petrol station in Wood Lane, Dagenham.

The suspect is a white man of slim build, aged in his late teens with blond hair. He is wearing a black 'Raiders' cap and a black bag. Thankfully no one was injured in the incident.

Anyone who recognises this man or who has information that could assist the investigation is asked to call police via 101 or contact Crimestoppers on 0800 555 111. 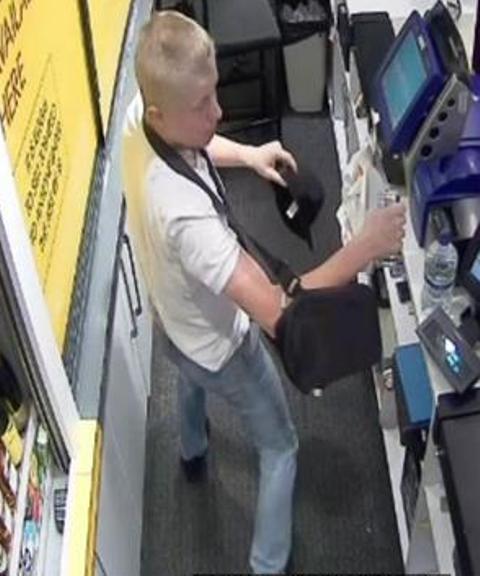