CCTV: Mobility Scooter Robbers Make Off With Cash Till

Police have released footage of some brazen thieves using a metal bar to break into a chemist and stealing a cash till before one of them fled on a mobility scooter with the money.

Two pharmacies in the area have reportedly been targeted by the same gang: Paks Cosmetic Centre and Kry BA Chemists, both in Heathway in Dagenham.

The footage shows two men approaching the shutters of Kry BA, prying them open with a metal bar before they enter the premises and steal a cash till. The till is handed to another member of the gang who is waiting nearby on a mobility scooter. He then speeds away with the till and its contents. 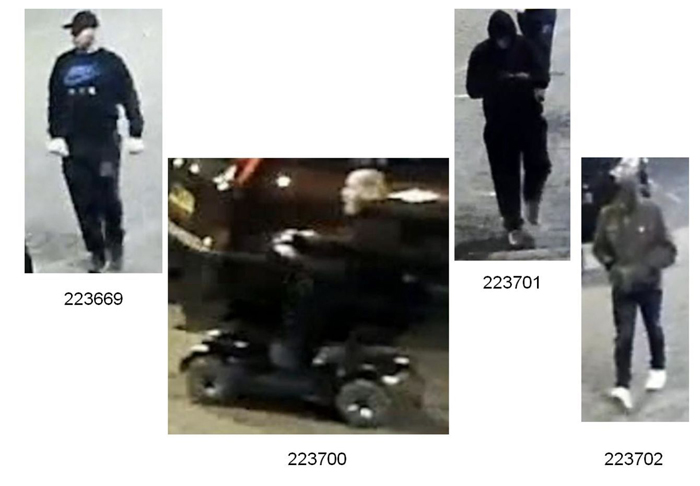 'Suspect 2' [image ref 223700] is described as a white man with a bald head, wearing dark clothing and driving a dark coloured mobility scooter.