Police have released CCTV footage of a crook taking a humiliating tumble as he steals a motorbike in Wapping.

Police have released CCTV footage of a crook taking a humiliating tumble as he steals a motorbike in Wapping.

The video captures the moment one of the suspects fell flat on the floor as he strains to break the lock on the grey Suzuki DI650 motorbike.

The suspect then manages to steal the moped and the pair ride off, with the other suspect riding the moped that both arrived on the scene on.

One suspect is described as white and was wearing a black motorbike helmet, dark blue jumper, light coloured jeans and black shoes.

Another suspect is described as a white man wearing a black and grey motorbike helmet, dark blue jumper with a white logo on the chest, dark blue trousers and trainers.

PC Ryan Smith, the officer in the case for Tower Hamlets CID, said: “We are keen to hear from anyone who may recognise those shown in the footage or the still released, or anyone who witnessed the theft.”

Anyone that can assist the investigation is asked to contact Tower Hamlets CID via 101. To give information anonymously contact Crimestoppers on 0800 555 111 or visit crimestoppers-uk.org.

There have been no arrests at this time and enquiries continue. 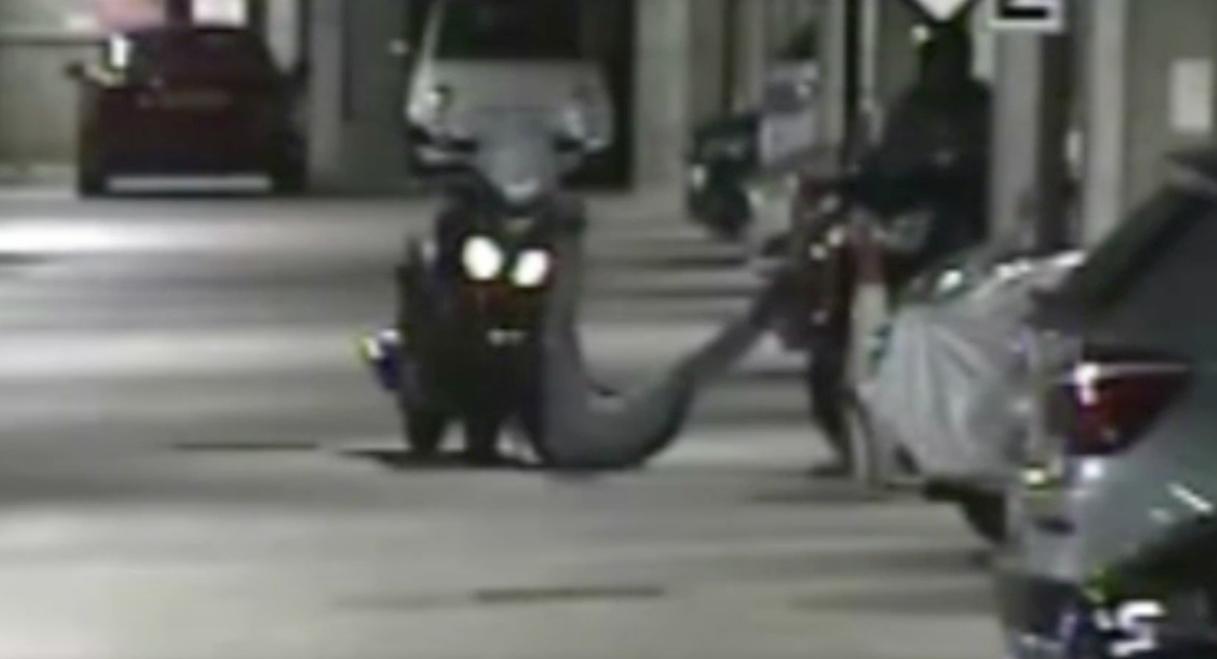 'Are you real?': Vladimir Putin quizzed on body double rumours

Coronavirus: UK schools could shut for two months if virus becomes 'out of control'