Police want to trace a man caught on camera after a break in at a mosque in Camden on Christmas Eve.

The burglary happened just after 5:30pm at the mosque on Brookes Court, Baldwin Gardens in Holborn on December 24 last year.

The suspect walked into the mosque then kicked in a door to get into an office.

Once inside he took a laptop and cash and then fled the scene on BMX, cycling towards Islington.

Police now want to speak to a man caught on CCTV.

He is described as an Asian man in his mid-20s with a medium build. He was wearing a red jacket, a red cap and black jacket. He had two rucksacks with him.

Detective Constable Mark Pinder from Camden CID said: "The owners of the mosque were disheartened to see the damage to their office and theft of their property

"We are keen to identify the man in the CCTV footage so we can speak to him about the incident. We would also urge anyone who witnessed the incident to contact us." 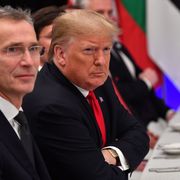