Despite a heavy police presence at the Olympic Stadium, last night's game between West Ham and Chelsea still descended into violence - these are the most shocking videos of the confrontations.

Plastic bottles and seats were thrown in the League Cup match, which West Ham won 2-1. Seven people were arrested as riot police entered the concourse in a bid to control the situation.

Something thrown at police and a fight starting in the stands of tonight's West Ham v Chelsea game - despite extra security measures @LBC pic.twitter.com/mvpH9eXlX4

Despite an alcohol ban and an increased security presence, the mood towards the end of the game turned increasingly aggressive. 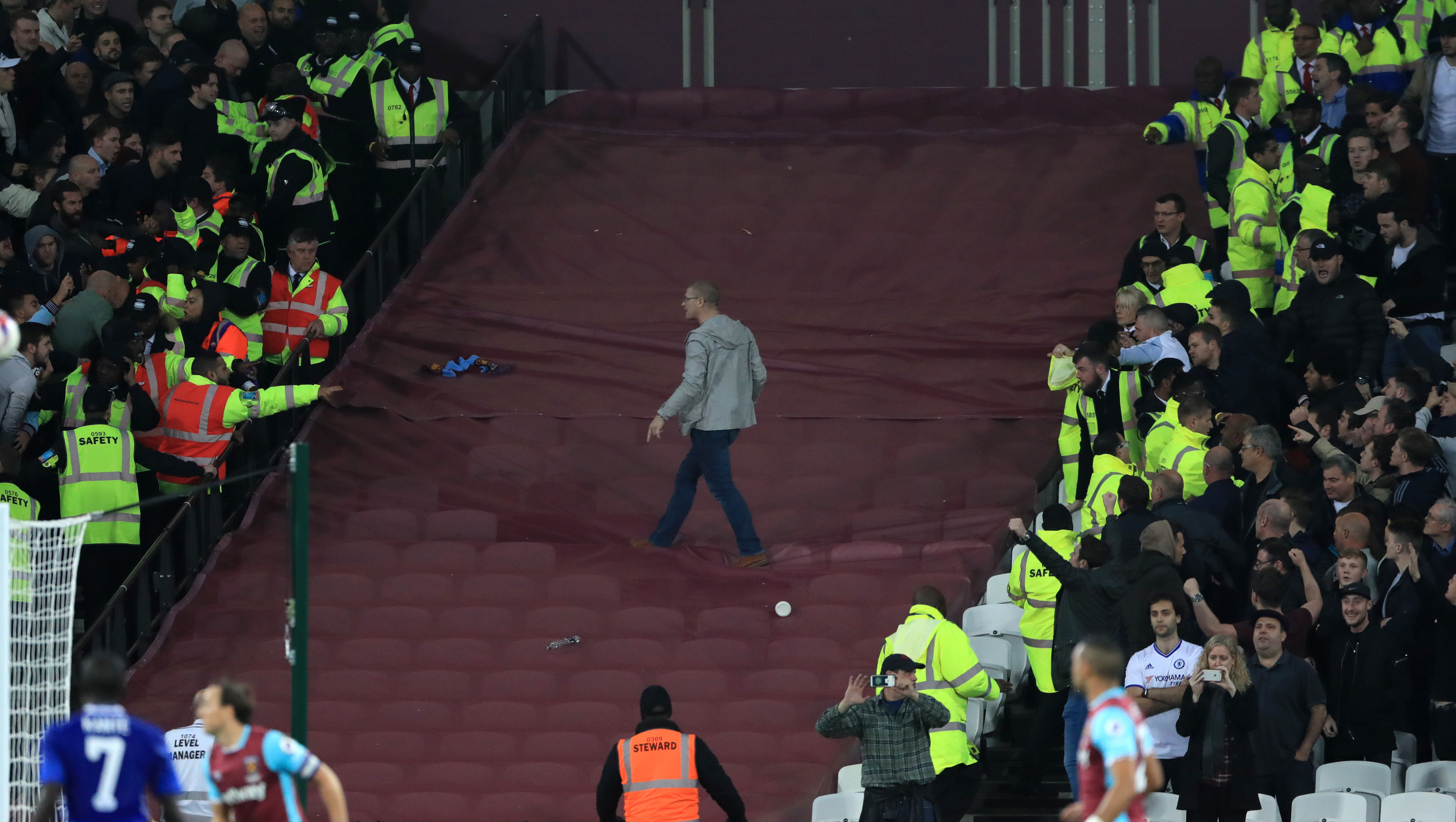 The Metropolitan Police has described the scenes as "unacceptable", a sentiment echoed by both West Ham and Chelsea.

Chelsea fans must take their fair share of the blame for the trouble behind the goal but I am sure the media will just blame West Ham fans! pic.twitter.com/ljoTvhYeq1

The home team have promised to give life bans to fans involved in violence last night.

Slaven Bilic said: "For those kind of things to happen, especially in England, is unacceptable."

Chelsea's manager Antonio Conte: "I don't really like to see these situations."