The domestic violence trial of ex-Manchester United footballer Ryan Giggs has been put back seven months due to the ongoing backlog of court cases.

His hearing had been fixed for next Monday at Manchester Crown Court but no courtroom at the venue is available to take the case.

On Tuesday, Judge Hilary Manley said: "Unfortunately it has become necessary to vacate this trial from the list.

"The reason for this is because there is not a court available to accommodate this trial.

"Due to the large backlog of court cases, which has been exacerbated by the pandemic and the need for social distancing, this is a situation which is a daily reality for the criminal courts."

READ MORE: Covid laws in England 'to be scrapped in March' amid PM's 'Operation Red Meat'

Other trials listed next week include rape cases and hearings involving defendants in custody, the court was told.

One of the rape cases was already on its second trial date. Judge Manley said such trials had to take priority.

The development comes as the government faces criticism over plans to give magistrates more sentencing powers in a bid to tackle the backlog of cases in criminal courts.

The move would allow magistrates to hand out jail terms of up to a year - double the current maximum of six months.

This means they could sentence more serious cases such as fraud, theft and assault, and it comes amid an effort to reduce the number of outstanding cases faced by crown courts during the pandemic.

Currently, crimes warranting a jail term of more than six months have to be sent to a crown court for sentencing.

However, critics called the plan a "sticking plaster" solution, and warned it could have the opposite effect and actually add to the backlog.

The Ministry of Justice (MoJ) insists the move could free up almost 2,000 extra days of crown court time a year.

It said keeping more cases in magistrates' courts, which have been "less severely affected" by Covid, means crown courts can better focus their resources on tackling the backlog.

Justice Secretary Dominic Raab said: "This important measure will provide vital additional capacity to drive down the backlog of cases in the crown courts over the coming years.

"Together with the Nightingale Courts, digital hearings and unlimited sitting days, we will deliver swifter and more effective justice as we build back a stronger, safer and fairer society after the pandemic."

But Alex Cunningham, Labour's shadow courts and sentencing minister, described the move as "another sticking plaster" solution, adding: "Ministers must give assurances that greater powers for magistrates won't inflict even more burden on crown courts - with increased numbers of appeals overloading a diminishing number of criminal advocates left in the system."

Mark Fenhalls QC, chairman of the Bar Council, said: "We believe that these changes will simply increase the prison population and put further pressure on the Ministry of Justice budget.

"This will mean less money available to keep the courts running.

"It is also quite possible that the changes may prompt more defendants to elect trial in the crown court, increasing the trial backlog."

Jo Sidhu QC, chairman of the Criminal Bar Association, described the plan as "distraction politics at its worst, claimed that "fiddling with magistrates' sentencing powers is a betrayal of victims of crime" and warned the move may trigger more appeals of cases to the crown court and only add to the backlog.

He warned people to "be afraid" as he described magistrates as largely "untrained volunteers, many of whom do not understand even the most basic of legal principles".

The changes, expected to come into force in the coming months, will only apply to so-called 'either-way' offences which can be dealt with by magistrates or crown courts. It will mean defendants can still opt to have their case heard by a jury in a crown court if they wish.

Training will be provided by the Judicial College to make sure the powers are used "consistently and appropriately".

An amendment to the Judicial Review and Courts Bill will mean the Government will have powers to reverse the change if needed.

Bev Higgs, national chairman of the Magistrates' Association which has campaigned for sentencing powers to be extended, said the organisation was "delighted" with the announcement, adding: "It is absolutely the right time to re-align where cases are heard to ensure a safe, effective, and efficient justice system."

Last year Whitehall's spending watchdog the National Audit Office warned the criminal courts backlog would "remain a problem for many years" after the number of outstanding cases in the crown courts reached record highs of almost 61,000 and more than 364,000 in magistrates' courts before beginning to slowly reduce. 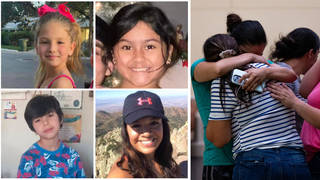