Metropolitan Police Commissioner Dame Cressida Dick will be made a Dame Commander by Prince Charles in recognition of her public service.

The police chief started her career in London as a constable and has been part of the force for 38 years since.

She has held a variety of posts in her journey to becoming the Met's first female leader.

However, her time in charge of the force and its integrity have come under intense scrutiny in recent months due to numerous damaging events.

On Friday, Met Police Pc Wayne Couzens pleaded guilty to the murder of Sarah Everard after previously admitting her kidnap and rape.

Following her death, the force was criticised for over-policing a vigil held in her memory at Clapham Common, near to where she disappeared.

The event was mired in controversy after officers arrested numerous protesters.

Meanwhile, a recent report into the unsolved murder of private investigator Daniel Morgan in 1987 also accused the Met of "institutional corruption" after finding it had concealed or denied failings in the case to protect its reputation.

Also being recognised during the investiture ceremony at St James's Palace in London is NHS chief executive Sir Simon Stevens, who is being knighted for services to health and to the NHS in England.

In a speech during a recent St Paul's Cathedral service to mark the 73rd anniversary of the NHS, Sir Simon described the health service as an example of "building back better" and "an inspiring example for our generation of how out of adversity can come strength".

Food writer and cook Nigel Slater will be awarded an OBE for services to cookery and literature.

The chef has featured in several TV series and his autobiography - Toast - has won numerous awards and been made into a film. 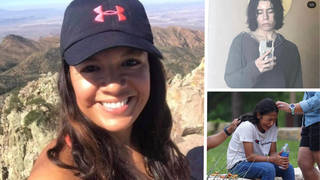