The head of the UK armed forces says a modernisation of the army “designed for the 2030s” could see 30,000 robots fighting alongside 90,000 soldiers.

General Sir Nick Carter also warned that there was a “risk” of another world war, describing the world “a very uncertain and anxious place”.

Speaking to reporters on Remembrance Sunday, General Carter added: “That's why Remembrance matters because if you look back at history, hopefully you learn from their experience, and you make sure you're very cautious about how you manage the sorts of regional conflicts that we see playing out in the world today.

"I think the real risk we have, with quite a lot of regional conflicts that are going on at the moment, is you could see escalation lead to miscalculation and that is a thing I think we have to guard against.

"We have to remember history might not repeat itself but it has a rhythm and if you look back at the last century, before both world wars, I think it was unarguable that there was escalation that led to the miscalculation which ultimately led to war at a scale we would hopefully never see again."

General Carter said negotiations were ongoing with the Treasury to provide defence with a multi-year budget settlement to modernise the armed forces.

Following reports that the Integrated Review into defence could lead to a reduction in heavy armour, such as tanks, the military chief explained: "Modernisation essentially means you are going to park some capabilities, perhaps from the industrial age, and want to look forward to some of the capabilities you need for an information age.

"I think you are going to see an armed forces that's designed for the 2030s," he said, adding: "You won't get there overnight but that's the direction of travel."

Asked whether this would result in a reduction in the government’s target figure for the army of 82,000 soldiers, General Carter said: "No, I can't spell that out, not least because decisions haven't been taken, but what I'm hinting at is that we need to be thinking about how we measure effects in a different way. 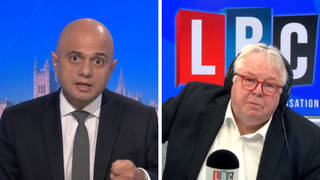 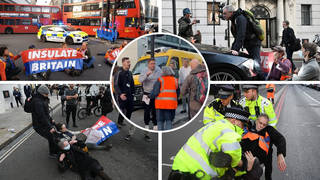