Mary Wilson, one of the founding members of the Supremes, has died aged 76.

Wilson, Diana Ross and Florence Ballard made up the first successful configuration of The Supremes.

She stayed with the group until it was officially disbanded by Motown in 1977.

The group's first number one, the million-selling song Where Did Our Love Go, was released on June 17 1964.

A private funeral service will be held and there will be a memorial later in the year.

Tributes were paid to her last night. Motown founder Berry Gordy said: "I was extremely shocked and saddened to hear of the passing of a major member of the Motown family, Mary Wilson of the Supremes.

"Mary Wilson was extremely special to me. She was a trailblazer, a diva and will be deeply missed." 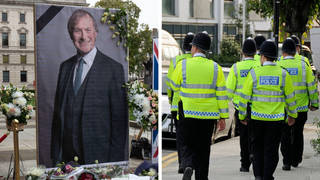