Nigel Farage has delivered a letter to the Prime Minister, and the Tory leadership hopefuls, asking for a place at the Brexit negotiation table.

Brexit Party leader Nigel Farage has delivered a letter to Theresa May on her final day as Prime Minister.

The letter to Mrs May said that the Brexit Party has a "democratic mandate" on Brexit.

"The electorate has asked for us to come into the negotiating team and we are ready to do so immediately," the letter said.

The letter goes on to say that there has been a "lack of activity and focus" due to the Tory leadership contest.

"Some of our elected MEPs to play a significant role on the negotiating team."

The letter is also copied to the 11 Conservative leadership hopefuls.

The Brexit Party was beaten by just 683 votes, but turnout was down nearly 20 percent compared to the 2017 general election.

Coronavirus: Aircraft hangers could be used to store up to 6,000 victims 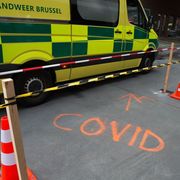 Coronavirus: Belgium’s battle against the virus 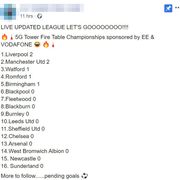