'No plans whatsoever' for schools to close again due to Covid

There are "no plans whatsoever" for schools to close again due to the pandemic, Nadhim Zahawi has said.

The Education Secretary answered questions from the Commons Education Committee, where he pledged to keep schools open in coming months.

He insisted that regular testing in schools, instead of self-isolation, would ensure face-to-face learning could continue.

In the previous school year, the bubble system used in schools saw huge cohorts of students forced to work from home as a result of one person testing positive.

Mr Zahawi's comments come despite concerns of rising Covid cases and hospitalisations, with the Government standing firm on its plans to stick to 'Plan A' throughout winter.

Speaking to MPs, he said: "Protecting face-to-face learning is my absolute priority. I have no plans whatsoever to close schools again.

"I know that the way we maintain face-to-face learning is through boosting the most vulnerable in our society... vaccinating the 12 to 15-year-olds as well, and of course the testing programme."

The controversial decision to introduce Covid jabs for 12 to 15-year-olds came into effect from the end of September, with the schools-based vaccination programme enabling children to get one dose of the Pfizer/BioNTech jab.

However, there have been concerns over children being allowed to get jabbed against their parents' wishes.

Mr Zahawi previously told LBC's Nick Ferrari that children would only be able to make the decision following a meeting with a clinician in attempt to resolve any disputes.

The Education Secretary told the committee on Wednesday: "My commitment to you is that this Secretary of State will keep schools open because actually we know the damage by shutting schools."

Mr Zahawi also agreed look into a bill from Tory MP Robert Halfon - chairman of the Commons Education Committee - which would see school closures needing approval from Parliament before going ahead.

The Secretary of State said: "This is not a snowflake generation. They were really resilient, but actually keeping schools open has to be my priority."

During the committee hearing, he was also asked about an extension to the school day, after the pandemic delayed learning for many. He said a review on the issue was expected by the end of the year. 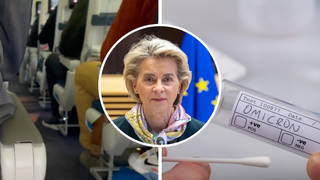 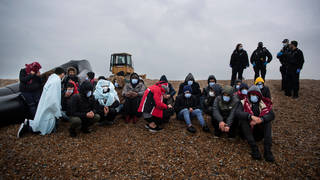 Migrants: Home Sec 'uninvited' from talks after PM called on France to take people back 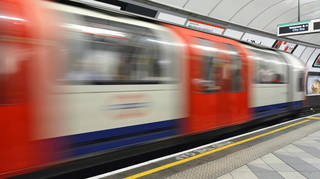 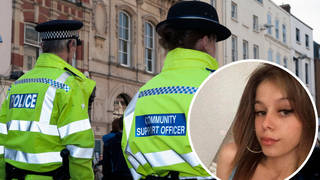 Ghislaine Maxwell’s brother says US prosecutors seeking to ‘break’ her

Thousands of Indian farmers celebrate one year of key protests

Survivor found after fatal explosion and fire in Siberian coal mine

'The man is a clown': Eddie Mair caller takes aim at Boris Johnson