The College of Policing is supporting applicants from the military in joining the police service, particularly those with experience of military intelligence.

Donna Jones, the Conservative PCC for Hampshire and the Isle of Wight, said there is a "massive national shortage" of specialist investigators to work in regional organised crime units - known as ROCUs.

"They no longer operate from warehouses, from back office-type hidden buildings, they are operating in residential streets in every city, and in most of the larger towns across the country."

Mr Jones said people leaving military intelligence roles in the armed forces were the "kind of people" the police would want applying for the direct entry roles into the College of Policing.

She acknowledged there may be some backlash from internal staff who have worked their way up the ranks, but said: "For the time to get the people through the food chain up to investigations, it will take too long, and we need the people in the roles doing that work now, because of the level of organised crime that currently exists in the country."

She said the British public were "largely unaware" of the majority of serious organised crime occurring in Britain, highlighting examples such as "multiple kidnappings happening across regions on a weekly basis" that are very often not even reported to police.

APCC chairman Marc Jones said the public are the "consumers" of organised crime, and that putting "money in the pockets" of people that commit it only leads to more crimes being carried out.

Mr Jones, who is also the Conservative PCC for Lincolnshire, also said police need to do more to explain to the public how "our social responsibilities link directly through to us all working to tackle SOC". 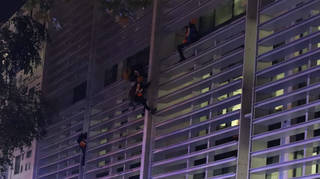