Police have released haunting pictures of two sisters from Saudi Arabia who were found dead in mysterious circumstances in their Sydney apartment.

Their decomposing bodies were found in their beds in separate rooms in the Sydney suburb of Canterbury on June 7. There were no signs of a break-in nor any injuries on their bodies.

Police are treating the deaths as suspicious as no obvious cause of death could be identified.

Police believe the sisters died in May, but have not been able to determine a cause of death.

Officers are appealing for members of the public to come forward with any information about the sisters as little is known about them, or the circumstances of their deaths.

The two women arrived from Saudi Arabia in 2017. Police have only said the women were dead for some time before being found.

Det Insp Claudia Allcroft said at a press conference: “The girls were 23 and 24 years old and died together in their home. We don’t know the cause of death, and it’s unusual because of their age and the nature of the matter.”

The sisters’ bodies were found in their unit in Canterbury on 7 June after their landlord had reported not receiving rent for several weeks.

MailOnline reports in a separate incident months earlier, the sisters' black car - which was towed away from their apartment last week - was keyed. 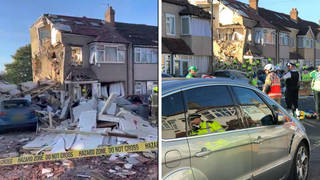