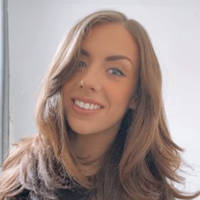 Prison officers have told LBC they feel like "lambs to slaughter" as the number of confirmed coronavirus cases in prisons in England and Wales almost quadrupled in just two months.

LBC reporter Charlotte Lynch has heard from prison officers who are "terrified" of catching the infection at work and giving it to their families.

Craig Robson, a prison officer at HMP Durham and Prison Officers Association Branch Secretary, told LBC: "At present we have 103 staff off, either COVID positive or symptomatic [in Durham].

"Two of the things said by the staff is, 'we're being treated like cannon fodder and we're lambs to the slaughter', and we are. It's absolutely disgraceful."

Craig says the workforce at Durham is down by 33%, but criminals are still being sent to the jail, and many are refusing to be tested upon entry.

He has tested positive for Covid-19 and believes he passed the infection to his wife, who was put on oxygen at the Queen Elizabeth Hospital in Gateshead.

He told LBC: "We've got a member of staff in hospital at the present time. I've seen a photo, and it's not good.

"We had another member of staff who was in hospital, he's been off now over six months. To be fair, we cannot see him coming back."

Craig is calling for HMP Durham to be "locked down", stopping all new prisoners from coming in to the jail until cases fall.

The Prison Officers association says as of February 9, there were 92 'outbreak sites' out of 117 prisons.

An outbreak of Covid-19 at HMP Stocken caused England's smallest county, Rutland, to have England's highest infection rate in the week to February 4.

Mr Gillan said: "If you actually allow any individual prison to get out of control like Stocken, without having a circuit breaker to assist them, then we're playing russian roulette with people's lives.

"Where there are outbreaks in particular prisons they should have a circuit breaker, not allow the courts to send to that prison, in order to stop the footprint going in and spreading the virus.

"To me that's common sense".

Prisons Minister Lucy Frazer told LBC: "When the pandemic hit in March we looked at everything to try and ensure we didn't have a significant number of deaths in our prisons.

"Tough measures have been taken from the very beginning and we have outbreak control teams that assess each outbreak in every circumstance.

"What we have seen is that we were able to get on top of those outbreaks and bring the the infection rate down, through the measures that we have taken like compartmentalisation, PPE and the testing that we have."

When asked why the number of inmates entering prisons wasn't reduced when infection rates rose almost fourfold between October and December, the South East Cambridgeshire MP said: "There is a very very restricted regime operating in prisons at the moment.

"We do need to ensure that justice is done, and when cases go through court victims get justice. "People who are victims of crime, who have seen those who have perpetrated crime go to prison, generally expect those sentences to be served. In the interest of public protection there is a balance.

"We've managed to keep the infection under control in prisons, not have the level of deaths that we anticipate, with the measures that we've put in."

At the beginning of the pandemic, Ms Frazer says Public Health England advised there could be 2,500 - 3,500 deaths in prisons.

By end of December 2020, 99 service users had died in England and Wales after testing positive for COVID-19.

Covid pandemic ‘most certainly not over’, warns WHO chief