Public opinion of Harry and Meghan has dropped to 'record low'

The Duke and Duchess of Sussexes' popularity in Britain has dropped to a record low, following their interview with Oprah, according to a new YouGov poll.

More people than not now have a negative view of the couple, while public opinion of other senior royals remains almost unchanged.

The couple made allegations of racist behaviour regarding members of the royal family and press, and revealed issues around their mental health.

Their popularity ratings actually saw a small uplift ahead of the interview, but they have since declined again and are now at their lowest ever level.

The latest YouGov data shows that 45 per cent of Britons have a positive opinion of Prince Harry, while 48 per cent regard him negatively.

This drop marks the first time attitudes have been negative rather than positive towards the Prince Harry.

Meghan’s scores have also fallen. Just three in ten people, 31 per cent, have a positive opinion of her, while a majority of 58 per cent view her negatively.

This is not true of for all age groups as public opinion on the couple has consistently varied across age groups.

In contrast, most people aged 65 and older dislike both Harry and Meghan.

READ MORE: Beyoncé speaks out in support of Meghan Markle after Oprah interview

The other royals’ popularity remains unchanged. Britons continue to be most fond of the Queen, with four in five people, 80 per cent, liking her, and just 14 per cent holding a negative opinion of her.

READ MORE: Prince Charles stays silent when asked what he thought of Harry and Meghan interview

The other main noticeable shift since the interview is in how Britons regard Prince Charles. Two in five people, 42 per cent, now have a negative opinion of him, which is up from 36 per cent on 2 March.

Prince William and Kate remain quite popular, with about three quarters of Britons giving them favourable reviews. 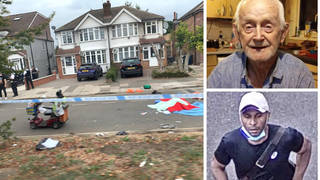