The Queen has been pictured standing with a walking stick at the Ceremony of the Keys in Scotland for her first public appearance since the Jubilee weekend.

The 96-year-old monarch travelled to Scotland on Monday with members of her family for their traditional week of events north of the border.

Dressed in a light blue jacket and hat, she was seen beaming as she accepted flowers during the ceremony at the Palace of Holyroodhouse.

The monarch travelled to Edinburgh with her youngest son, Edward, and his wife, Sophie, known as the Earl and Countess of Forfar, for her first public appearance since the Platinum Jubilee weekend.

The ceremony traditionally sees the monarch handed the keys of the city and welcomed to her "ancient and hereditary kingdom of Scotland".

The trip comes after the recent Platinum Jubilee celebrations for the Queen, marking her 70 years on the throne, in which she pledged to continue to serve the country "to the best of my ability supported by my family".

Charles, known as the Earl of Rothesay in Scotland and the Princess Royal will all take part in a series of public engagements in the country over the coming days.

Andrew, known as the Earl of Inverness in Scotland, who was stripped of his public duties, will not be involved.

The Queen, who has been experiencing mobility issues, has pulled out of a number of public appearances in recent months and her attendance at events is now confirmed on the day.

She missed Royal Ascot earlier this month for the first time since her coronation 70 years ago, and also pulled out of the Trooping the Colour service ahead of her Jubilee weekend.

Ascot racegoers had hoped the monarch would make an appearance at the races, with her home in Windsor Castle just a 15-minute drive away.

She had more than 10 horses entered over the five-day event and was believed to have been kept abreast of developments by her racing advisor John Warren.

Her horse Reach For The Moon was a favourite with some bookies to win the Hampton Court Stakes on Thursday with jockey Frankie Dettori taking the reins, but she was beaten into second place by winner Claymore.

The Queen was pictured using a walking stick in Scotland, having relied on it for support due to her mobility issues, and has recently used a buggy at the Chelsea Flower Show.

In recent months, Buckingham Palace has been forced to make several last-minute announcements that the Queen has "regretfully" pulled out of engagements due to mobility issues.

Under a new strategy, aides will now confirm her attendance only on the day of an event. 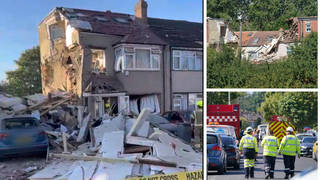