The ringleader of a notorious grooming gang in Rochdale was employed by Oldham Council as a welfare rights officer.

Shabir Ahmed, who forced victims to call him 'daddy', was seconded to the Oldham Pakistani Community Centre.

Despite multiple concerns being raised about him and his arrest for the sexual assault of children, police failed to tell his employers.

"If this had happened, it may have potentially avoided the tragic abuse of other children..." a major new report states, citing "serious multiple failures" by both Greater Manchester Police (GMP) and the local authority.

Ahmed, identified only as "Offender A" in the report, is now serving a 22-year jail sentence.

The report looked into the alleged grooming of children in council homes, shisha bars and by taxi drivers in Oldham and found authorities failed to protect some youngsters from sexual exploitation.

However, it also concluded there was no evidence of a cover-up or "widespread" child sex abuse in those settings.

Despite "legitimate concerns" from police and the council in Oldham of the far-right capitalising on the issue of grooming by predominantly Pakistani men, authorities in the town did not shy away from tackling the issue, the report said.

Andy Burnham, the Mayor of Greater Manchester, who commissioned the report, said: "It is never too late to face up to past mistakes, to say sorry to those who were failed nor to prosecute those responsible for appalling crimes against children and young people.

"This review is helping us do all of those things and slowly but surely allowing the public to have confidence again."

The report highlighted the case of one girl, identified only as "Sophie", who was abused aged just 12, after "significant opportunities missed" to protect her.

She went to Oldham police station to report being raped by an Asian man in October 2006.

She was told to come back when she was "not drunk" and instead taken in a car by a man also visiting the police station, then raped in the vehicle, before being taken to a house and raped multiple times by five different men.

Both Oldham Council and GMP were accused of being "more concerned about covering up their failures" than acknowledging they failed to take action.

GMP then took a "less than candid approach" with MPs, with claims the Home Affairs Select Committee was misled about Sophie's case.

The 202-page report was authored by Malcolm Newsam, a renowned child care expert, and Gary Ridgeway, a former detective superintendent with Cambridgeshire Police.

It follows an earlier damning report, centred on grooming gangs in Manchester, which said victims had been failed by police and local authorities in the city.

Maggie Oliver, the former GMP detective who turned whistleblower, said: "Another day, yet another report about the failures of a police force to protect the most vulnerable in our society, even when there is irrefutable evidence to prosecute offenders and safeguard children."

Stephen Watson, chief constable of GMP, said the report reflected an era where police and authorities all too often failed children.

He apologised for their failings but recognised his officers' approach today was "worlds apart" from that of the past.

"On too many occasions, we the police were not there for you when you desperately needed us, and for that, I am truly sorry," he said.

GMP has since launched major investigations in Manchester, Rochdale and Oldham looking at past grooming offences and to date 13 suspects and 187 offences have been identified. 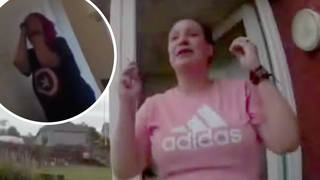