Dense fog is set to be a key line of investigation into the crash that killed NBA great Kobe Bryant and his daughter.

Bryant, his daughter Gianna and seven others died when the aircraft crashed into a hillside in southern California at about 9.45am on Sunday.

Los Angeles Police and the sheriff's department had both grounded their helicopters in the morning because of the weather.

A police spokesman told the LA Times the conditions "did not meet our minimum standards for flying", while a pilot who used to fly Bryant said the weather was almost certainly to blame.

"The likelihood of a catastrophic twin engine failure on that aircraft - it just doesn't happen," Kurt Deetz told the paper.

The helicopter was held up to allow for other aircraft and circled for about 15 minutes until it got clearance from air traffic controllers to continue.

The controllers mention poor visibility around the Burbank and Van Nuys areas, but the pilot talks to controllers normally before communication suddenly cuts off near the crash site at Calabasas.

An audio recording reveals the pilot was told "you're too low for flight following at this time" seconds before the helicopter disappeared from radar.

It is understood 'flight following' is a US aerospace term for monitoring on radar systems, which the pilot appears to have requested.

It was travelling at speed - 153knots (176mph) - when it crashed into the hillside, according to tracking site Flightradar24.

The Federal Aviation Authority said the aircraft was a Sikorsky S-76.

Bryant, 41, often used a helicopter to get to games at the Staples Center - the Los Angeles Lakers' home arena.

He reportedly found it more comfortable than fitting his 6ft 6in frame into a car for several hours and referred to it as the "Mamba Chopper" after his nickname.

The S-76 has a strong safety record, mainly attributed to its two engines which power the main rotor and tail rotors.

Aerospace giant Lockheed Martin, which makes the helicopter, released a statement saying more than 875 had been delivered globally, with many used for critical missions such as search and rescue and air ambulances.

It said the aircraft had notched up "more than 7.4 million hours of safe, successful flight".

Justin Green, an New York aviation lawyer who flew in the Marine Corps, said pilots can become disoriented in poor visibility and lose track of which direction is up.

However, he added an S-76 pilot would be instrument-rated and therefore should be able to fly "blind" - just relying on the read-outs and without visual cues.

Bryant and the others in the chopper were understood to have been heading to a children's basketball tournament organised by a sport foundation that Bryant set up.

There were no survivors.

Other victims named so far include Orange Coast College head baseball coach John Altobelli, his wife Keri and daughter Alyssa - who played on the same basketball team as Bryant's daughter.

Debris is spread out over an area the size of a football field and the rugged terrain is expected to complicate recovery efforts.

Gianna was one of four daughters Bryant had with wife Vanessa.

The teenager played basketball in the Los Angeles Lady Mamba team. His other daughters were Natalia, Bianka and Capri.

It said: "John meant so much to not only Orange Coast College, but to baseball. He truly personified what it means to be a baseball coach.

"The passion that he put into the game, but more importantly his athletes, was second to none - he treated them like family. Our deepest condolences go out to the Altobelli family during this time of tragedy."

The husband of basketball coach Christine Mauser posted on Facebook: "My kids and I are devastated.

"We lost our beautiful wife and mom today in a helicopter crash. Please respect our privacy. Thank you for all the well wishes they mean so much."

NBA commissioner Adam Silver said Bryant had "inspired people around the world to pick up a basketball".

Fans of the LA Lakers hero from across the worlds of sport, entertainment, politics and beyond have expressed their shock at the tragedy.

Michael Jordan, widely regarded as the greatest basketball player of all-time, said in a statement "words can't describe the pain I'm feeling" and Bryant was like a "brother".

Bryant's former Lakers team-mate, Shaquille O'Neal, tweeted: "There's no words to express the pain Im going through with this tragedy of losing my niece Gigi & my brother @kobebryant."

The basketball star's final tweet came on Saturday night, when current Lakers talisman LeBron James overtook him in the all-time scoring ranking during a match in Bryant's hometown of Philadelphia.

Bryant tweeted: "Continuing to move the game forward @KingJames. Much respect my brother."

James has yet to comment publicly on Bryant's death but was seen in tears as he arrived back at LA airport after the Lakers played in Philadelphia.

Bryant's legend beyond basketball has been apparent in the huge number of tributes from outside across the sporting world, as well as politics, music and film.

People have also gathered outside the Lakers' home, the Staples Center, where he created so many memories for Lakers fans.

One wreath outside the arena read: "Kobe we love you RIP."

Some of those in the crowd dabbed tears as others laid flowers and basketball shoes at the wreath.

The tragedy also overshadowed the Grammy Awards, which were held at the Staples Center on Sunday night.

Following his retirement in 2016 as the third-leading scorer in NBA history, the Lakers retired the shirt numbers he had worn during his career - eight and 24. 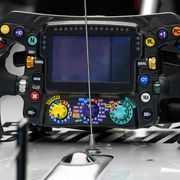 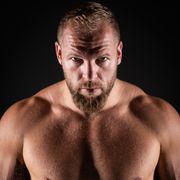 James Haskell will make his Bellator MMA Pro debut in May 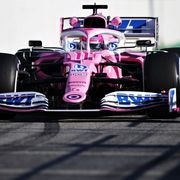 F1 Testing, Day Two AM: Sergio Perez ahead but Mercedes cause stir