TfL teamed up with Black Cultural Archives to launch the map, which replaces station names with notable black people from history, with each of the tube lines given a theme to tie the names together.

For example, the Bakerloo Line contains sports figures, and the Circle Line celebrates individuals from the Georgian period.

The Mayor of London, Sadiq Khan said: "Black History is London’s history and this reimagination of the iconic Tube map celebrates the enormous contribution black people have made, and continue to make, to the success of our city.

"This starts with education and that’s why this new Black History Tube Map is so important.

"It gives us all the chance to acknowledge, celebrate and learn about some of the incredible black trailblazers, artists, physicians, journalists and civil rights campaigners who have made such significant contributions to life in the capital, as well as our country as a whole."

The map features more than 270 prominent black figures including classical composer, poet and sculptor Cecile Nobrega, Claudia Jones, an activist and journalist who co-founded the Notting Hill Carnival, and the first black woman to serve in the Royal Navy by disguising herself as a man called William Brown, whose birth name is unknown.

The launch of the map coincides with Black History Month and the 40th anniversary of Black Cultural Archives in Brixton, which celebrates the histories of people of African and Caribbean descent in the UK.

Black Cultural Archives in Brixton is the home of Black British History, conceived in 1981 as a monument to hold space for, and collect, preserve and celebrate the histories of people of African and Caribbean descent in the UK to inspire and give strength to individuals, communities and society.

Arike Oke, managing director of Black Cultural Archives, said it was "fantastic" to see the stories of Black people being shared with users of the London Underground, saying the city's black history was "deeply embedded in its streets and neighbourhoods".

She added that she hoped the map would encourage people to explore the city's black history further.

Marcia Williams, Transport for London’s head of diversity, inclusion and talent, said: "Black people have played a significant role in all aspects of British life for thousands of years.

"From civil rights, art, and transport, to medicine and journalism.

"It is fantastic to see the true scale and breadth of this contribution commemorated on TfL’s iconic Tube map – a symbol so synonymous with London and the UK." 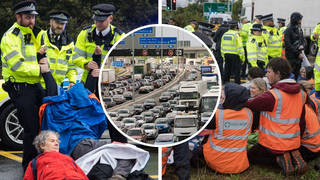 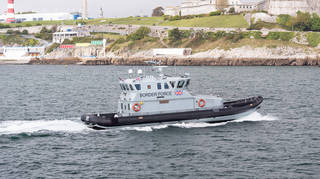