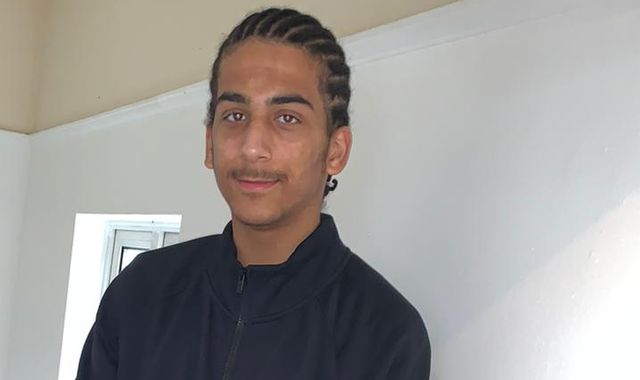 A teenager has been arrested by officers investigating the fatal stabbing of a boy at a train station in London.

Louis Johnson, 16, was stabbed to death at East Croydon station on Monday afternoon.

British Transport Police arrested another 16-year-old boy in Balham, south London, in connection with his murder.

Details of his alleged involvement have not yet been disclosed.

Officers were called to East Croydon station at 4.45pm, and attended with air ambulance and paramedics.

Enquiries have confirmed Louis arrived at the station at 4.30pm, and met another person on the overbridge, who pulled out a knife and stabbed him.

He died within 40 seconds.

Detective Chief Inspector Sam Blackburn said: "This was a senseless killing at an extremely busy time of the day, and my thoughts are with Louis's family at this painfully difficult time.

"The incident was over within a matter of 40 seconds, but I know many other passengers or members of the public would have seen what happened. If you have not already spoken with police, please get in touch."

According to the Croydon Guardian, Louis was supposed to take a taxi home on the day he was stabbed, but changed his mind and got a train instead.

Friend Marlon Sampson, who met him at a youth group he runs, told ITV News: "He was going to college, he was doing an electrician's course, he was trying.

"He was independent, he had his own thing going but he wanted to interact and get some sense of direction."

Councillor Hamida Ali, chairman of Safer Croydon Partnership Board, said: "It's a tragic loss of young life and this can't keep happening - enough is enough.

"This is why we are resolute in our determination to stop violence in our borough."