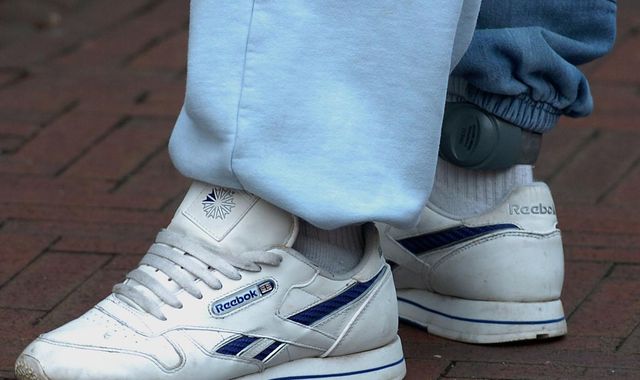 Criminals on probation will face tougher restraints under new funding promised in the upcoming budget.

Around £70m is being pledged by Chancellor Rishi Sunak to put more sophisticated electronic tags on those convicted of alcohol-related offences released halfway through their sentences.

The devices will monitor location and also analyse if alcohol has been drunk by measuring samples of skin sweat every 30 minutes.

Other clampdowns to be paid for with the investment include increasing the amount of unpaid work those doing community service need to carry out, according to the Treasury.

Crime is an area the government is keen to focus on, with latest figures showing police in England and Wales are combating the highest levels of knife crime in a decade.

Mr Sunak said keeping the streets safe was "one of the people's priorities", citing a drive to hire 20,000 police officers - roughly the number cut by the Conservative-led governments since 2010.

The funding pledge was welcomed by the Liberal Democrats, but they accused the government of failing to "properly invest" in rehabilitation services.

She urged the chancellor to "invest in rehabilitative services, both in prison and in the community, to enable people who have committed crimes to turn their lives around".

Mr Sunak, who has been in the job less than a month after his predecessor Sajid Javid unexpectedly quit, is also pledging an extra £15m to "improve the court process for victims of rape and sexual abuse".

That money will go on hiring independent sexual advisers who are "trained to guide and support victims through the justice system", the Treasury confirmed.

Another £5m will be used to trial a new domestic abuse court.

A further £10m is expected to go on curbing domestic abuse by tackling "high-risk, high-harm perpetrators" through early action and using one-to-one interventions.

Labour MP Rosie Duffield, who spoke to Sky News' Sophy Ridge on Sunday about her experience of domestic abuse, has already welcomed the government's backing of a new law that could force some convicted domestic abusers to take lie detector tests to try to stop them reoffending.

Another announcement in the budget trailed on Monday night was a £30m pledge to help back-up a plan to make it compulsory for new public buildings to include an accessible toilet.

The "Changing Places" fund will be used to help organisations install the special facilities, which include an adult-sized changing bench and a hoist system, in existing buildings.

But pressure was put on the chancellor to solve the UK's housing crisis after a report found more than a third of people who asked their local authority for help remained or became homeless due to a lack of affordable housing.

Some 38% of those who approached their council for help saw their housing situation either stay the same or worsen, according to a survey by Crisis.

Coronavirus: Why is Boris Johnson in intensive care and what treatment will he get? 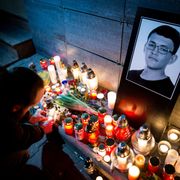