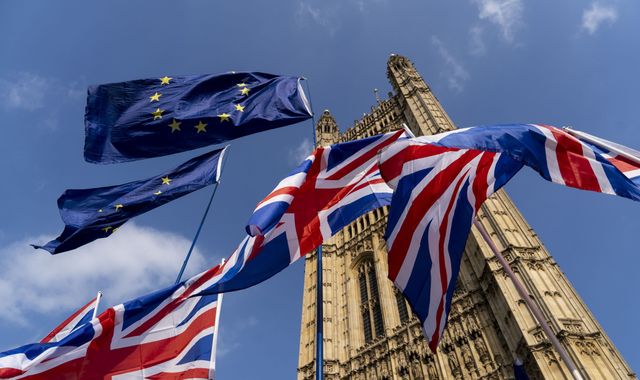 British businesses say a lack information about the UK's post-Brexit relationship with the EU is still preventing them from planning for the future.

The Institute of Directors (IoD) found that 55% agreed they "will only be able to make planning and investment decisions with certainty when we understand our future relationship with the EU".

Just 35% of businesses said the withdrawal agreement gives their organisation the "certainty needed to make planning and investment decisions".

Directors are three times more likely to view negotiations with the EU as a priority over signing new trade deals with other parts of the world, the research also found.

The news comes after Chancellor Sajid Javid revealed his plan for the UK's trading relationship with the EU, warning there would not be future alignment with EU rules.

The chancellor told the Financial Times he had little sympathy for businesses unprepared for Brexit, adding: "We're also talking about companies that have known since 2016 that we are leaving the EU".

He added: "Admittedly they didn't know the exact terms."

The government has said a future trading relationship will be negotiated by the end of the year, although details have not been released.

The UK is due to leave the EU on 31 January.

Allie Renison, head of Europe and trade policy at the IoD, said: "To give businesses any chance of being ready for the new relationship by the end of 2020, the government needs to be as clear as possible about what its intended destination is.

"With directors clear that negotiations with the EU are the priority right now, clarity is crucial for so many companies.

"Just calling it a free trade agreement gives no indication of the balance between alignment and divergence, which is essential for firms to do any kind of advance planning. Directors need to know what the government's priorities for market access are for the EU."

(c) Sky News 2020: Businesses say they are still in the dark about post-Brexit trade with the EU